The thing about mental illness is you can use it to your advantage at any given time and because the black community can be gullible to those they love, you are usually forgiven.

Say something stupid, “oh I was off my meds”.

Do something stupid, “Oh I was having an episode”.

Spend millions of dollars to start a presidential campaign that will hurt millions of Americans including black and hispanic people, “Oh, I have mental illness so here is a catchy new song so that you can forgive me because you are so dumb, I can play you anytime I want”. 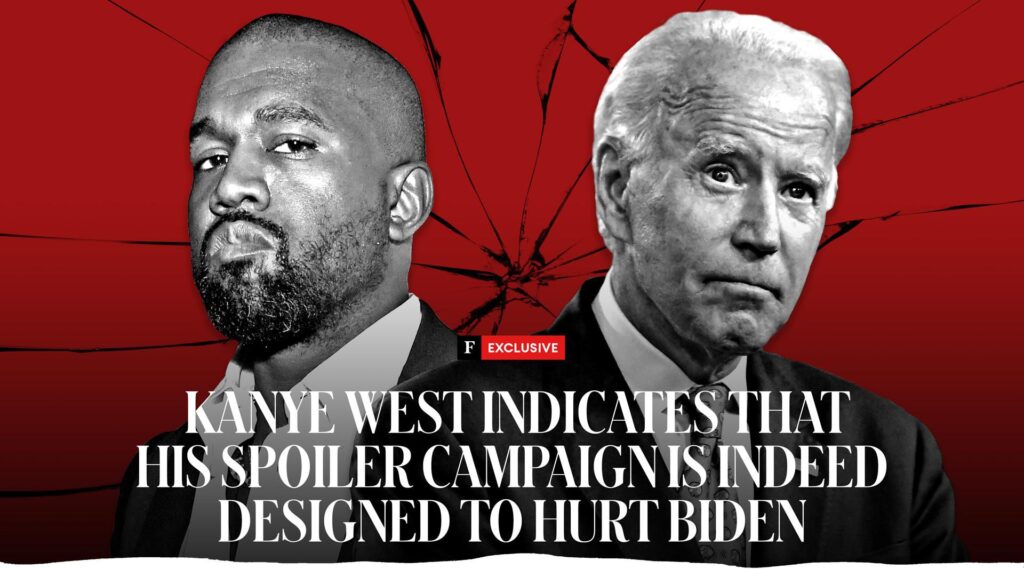 Amid various reports that Republican and Trump-affiliated political operatives are trying to get Kanye West onto various state ballots for November’s presidential election, the billionaire rap superstar indicated, in an interview by text today, that he was in fact running to siphon votes from the presumptive Democratic nominee, Joe Biden.

When it was pointed out that he actually can’t win in 2020—that he won’t be on enough ballots to yield 270 electoral votes, and that a write-in campaign isn’t feasible—and thus was serving as a spoiler, West replied: “I’m not going to argue with you. Jesus is King.”

West rebuffed various attempts to clarify who was driving his ballot access or strategy and whether it’s being coordinated by or with Republican-affiliated officials. He does, however, appear to have a continuing relationship with the Trump White House. West says that he’s “designing a school within the next month” and that “I’m meeting with Betsy DeVos about the post-Covid curriculum.” (The Secretary of Education’s press office hadn’t responded to a request for comment by the time we published.)

“I like Kanye very much,” President Trump told reporters at the White House yesterday. “No, I have nothing to do with him getting on the ballot. We’ll have to see what happens.”

West says that he’s “designing a school within the next month” and that “I’m meeting with Betsy DeVos about the post-Covid curriculum.”

West’s intentions have come under increased scrutiny this week, following reports by CNN, New York, the New York Times and others, about efforts by GOP political operatives to get him onto several ballots, including states like Wisconsin that could be pivotal in deciding the next president. West has been a vocal Trump supporter, including visiting the president in the Oval Office. Texts from West to me earlier this summer repeatedly ended with the sign-off “Trump 2020,” and a fist raised high. West’s recent actions have also drawn public focus, given his bipolar disorder—and many, including his wife, Kim Kardashian-West, have expressed concern about his mental health.

West did not respond when asked whether he feels he’s being used. When I pointed out to West that the slapdash operation to get him on the ballot, which includes one operative previously arrested for voter fraud and multiple West “electors” from the same address, didn’t feel like a Kanye West production, West replied that it was a “God production.”

In a wide-ranging interview with Forbes last month about his political aspirations, West, who has never voted before, laid out a platform for his “Birthday Party” that included a pro-life plank that alleged that Planned Parenthood was placed in cities by white supremacists, a management style patterned on the fictional country of Wakanda in Black Panther and anti-vaccine conspiracy theories. In that interview, West also claimed that he was dumping Trump. “I am taking the red hat off, with this interview.” His reason: “It looks like one big mess to me. I don’t like that I caught wind that he hid in the bunker.”

However, he was reticent to criticize Trump besides that. “Trump is the closest president we’ve had in years to allowing God to still be part of the conversation,” he said.

And West was eager to criticize Biden, and expressed comfort with the idea of doing damage to the former vice president’s White House chances. “I’m not denying it; I just told you.”

When it comes to mobilizing Black voters, Kamala Harris has something even President Barack Obama didn’t have as America’s first Black president. Her degree from Howard University, a historically Black university, and membership in Alpha Kappa Alpha, the nation’s […]

Trump has tested positive for COVID-19. A look at where he’s traveled and who he’s been with these past seven days

President Donald Trump announced early Friday that he and first Lady Melania Trump tested positive for COVID-19, a startling piece of news felt across the country. Reaction to that news was swift and included an outpouring of support. But […]

Destroyed Kenosha store’s owners refused to be part of Trump ‘circus,’ president met with a former owner instead

When President Donald Trump visited Kenosha, Wisconsin, on Tuesday to survey the damage caused by violent protests, at least one local store’s owners said they had no interest in meeting with the president. “I said […]