Whether you love him, hate him or you somehow don’t have an opinion about Ye, it’s likely you know who Kanye West is. He’s got record-breaking album sales, he’s married to one of the biggest celebrities alive today and his high-end shoes have outsold Air Jordans — and he’s been all over the media with President Trump these days.

What you likely don’t know is the positive financial impact he’s had for himself and his sponsor Adidas. Regardless of what anyone says, Kanye is taking those opinions to the bank and we can all learn from it.

If you think that Kanye’s recent appearance at the White House hurt his sponsorship with Adidas, take note of the reporting on Business Daily. The most significant surge in sales came from online purchases, a robust increase of 27 percent.

Hidden in the madness or genius of Kanye, there’s something significant behind what he does. If you’d like to catch more media, eyeballs, and grow your brand, here’s how to get started (and of course, apply your ethics).

Make headlines and be vocal about what matters to you 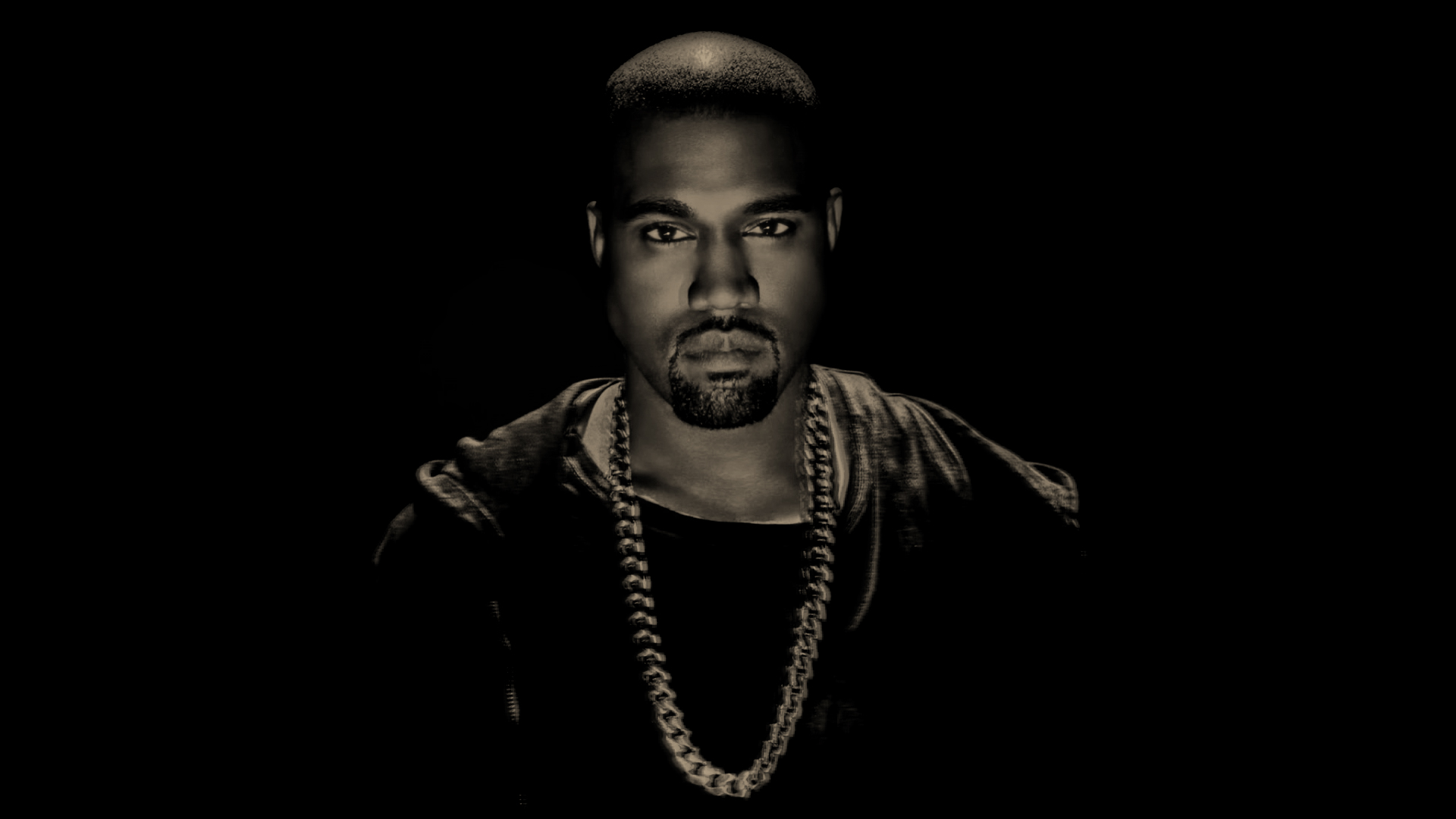 In his highly provocative book Trust Me I’m Lying: Confessions of a Media Manipulator, Ryan Holiday shows us how we can use the news to get media attention. In a nutshell, Holiday says that we need to provoke and embrace controversy because the media eats it up (and even negative news about you is good for business).

Because humans like to gossip, in the end all that attention can be great for business. Since Kanye discusses what most of us will only think about in private but won’t say openly, and he says things that many of us think of as just flat out crazy — it makes for good press and viral content. Right after Kanye’s visit to the White House, my social media timelines were splattered with Kanye’s name. Take a quick look at Google Search Trends for Kanye’s name, and you’ll notice the highs are after he does something controversial. Similarly, if you can stir the pot a bit, you can capture some attention and fan loyalty (and if you stick to your ethics, you’ll feel good about it, too).

In no way am I saying you need copy Kanye West — instead, I suggest you enter into conversations that are maybe risky but show your loyal audience more of who you are. For example, when I wrote a post about sitting on an airplane with a man who was racist and how our conversation transformed him, I won new fans. Similarly, I also pushed a few buttons that made me widely discussed. My willingness to discuss a topic that is hot in the media also led an editor to see it and publish my post on a small publication, The Good Men Project (and while I did get a few not-so-nice messages, it comes with the territory — but you already knew that).

In the case of Nike, taking a stand on controversy over kneeling during the national anthem at football games and running an ad with Colin Kaepernick created a spike in the company’s virality, sales and a large uprush in their stock value. And if you’ve followed Nike, you know this isn’t the first it embraced a controversial topic to create more sales.

Companies that stand for something are hard to ignore. I recall when Apple refused to create a backdoor for the FBI to access anyone’s iPhone. That news got a lot of coverage, and if I’m honest, it made me like Apple more than ever before. It wasn’t a media stunt, but I know it made many of us watching feel like Apple was a company we could trust.

In your case, whatever business you’re in, don’t be afraid to get vocal about a topic that your company is passionate about. If we stand for something and it repels people, it also works to instill trust in them that we are a company that is transparent.

Kanye challenges his audience. You should, too 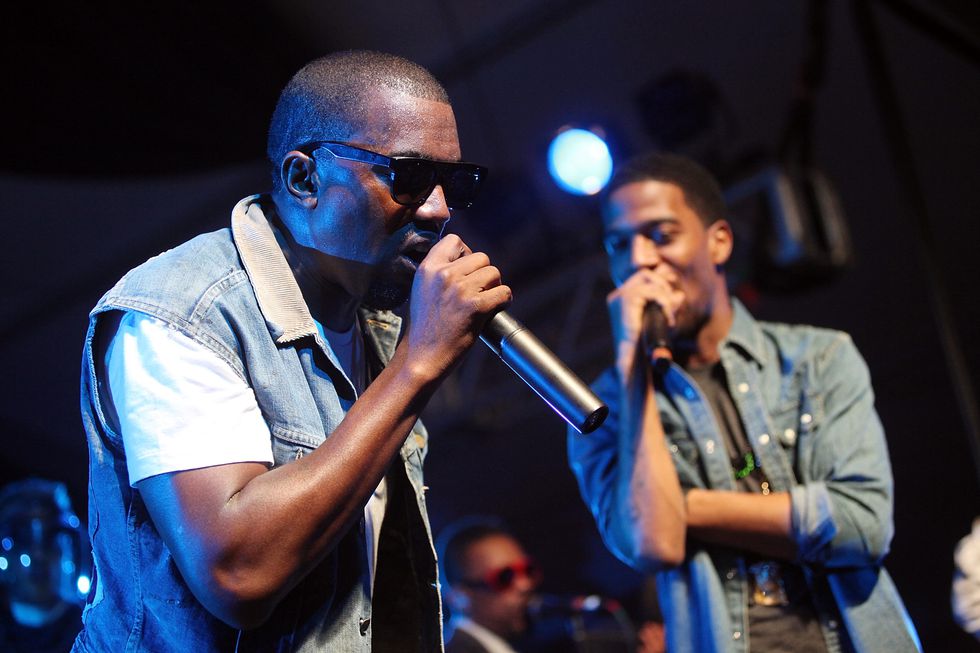 One of the most well-known marketing influencers alive today is Gary Vaynerchuk. He’s everywhere — stages, emails, podcasts, radio shows and magazines. He’s got something, and the internet is listening.

If you’ve ever watched Vaynerchuk, you’ve likely noticed he’s controversial. He says things that are in your face, upsetting and likely to go against the grain. For example, in a meeting with high-schoolers, he told them college was a waste of time and money. While it’s easy to be offended by Vaynerchuk, notice that he’s using a tactic to educate while also driving virality (because what agitates tends to stick in our memory).

The willingness to go against the grain is where I’d like to see more businesses and leaders move toward. Questioning, speaking up and being willing to trigger others doesn’t have to be wrong. It’s where innovation comes from, and it’s the stuff that makes us newsworthy. No matter what we think of Kanye or Vaynerchuk, they’re both saying the things that rile us up, and in the end, it makes them hard to ignore.

In your business, try taking ideas that are held to be truths and find ways to challenge them publicly. In fact, Salesforce research has shown that actively challenging your team, prospects and clients can create better results for leadership and sales conversions.

One of the essential denominators between mediocrity and greatness is the ability to challenge the status quo. That requires some bravado, but it’s what makes someone like Elon Musk incredible and hard to take our eyes off of. Musk doesn’t just build batteries (plenty of companies do that), he also says controversial things and challenges us to think differently. Beyond the products he creates, he gets vocal about what he believes in. Love him or hate him, Musk leads with big reality-defying ideas that sometimes catch us off guard and challenge us.

By going against the status-quo, your company will invite a fan base of believers to stand beside you. Not only that, it can even create a viral effect that makes you like Kanye — impossible to ignore.

ETI Song of the day: Golden by Jill Scott

The best Kanye West line of 2018 isn’t even a Kanye line. It’s on his brilliant collaborative album with Kid Cudi, Kids See Ghosts. Cudi, who has been candid about his struggles with mental illness but hadn’t been […]