Singer and actress Diahann Carroll, known best for her history-making roles on Julia and Dynasty, died Friday, October 4, 2019, her daughter said. She was 84. Carroll’s daughter, producer-journalist Suzanne Kay, told The Hollywood Reporter that Carroll died at her Los Angeles home after a long battle with cancer.

The Tony Award-winning and Oscar-nominated actress and singer was known as a Las Vegas and nightclub performer and for her performances on Broadway and in the Hollywood musicals Carmen Jones and Porgy and Bess. It was then that she was approached by NBC to star as Julia Baker, a widowed nurse raising a young son on the comedy Julia. 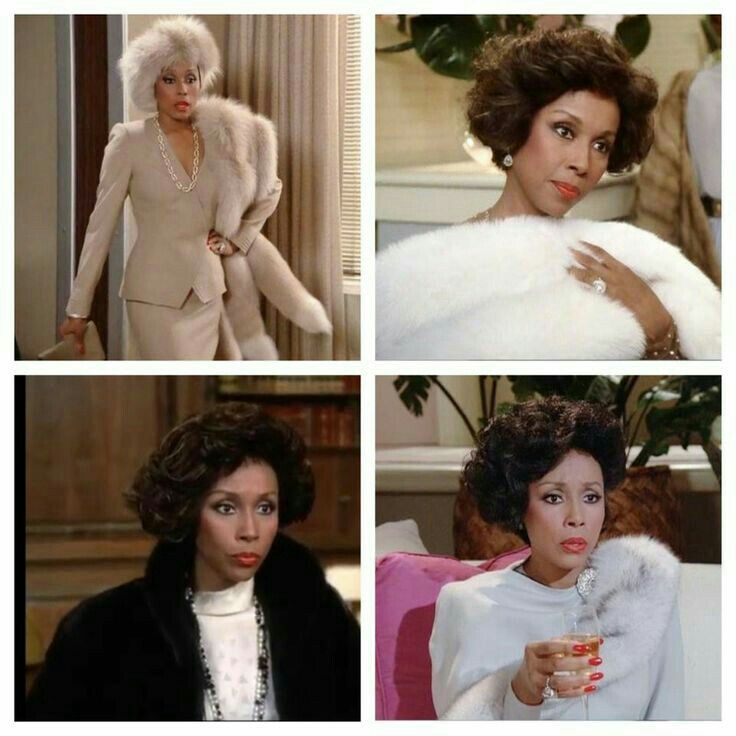 But at the time, Carroll wasn’t convinced it was the right show for her. “I really didn’t believe that this was a show that was going to work,” she said in a 1998 sit-down for the website The Interviews: An Oral History of Television. “I thought it was something that was going to leave someone’s consciousness in a very short period of time. I thought, ‘Let them go elsewhere.'”

She changed her mind, however, when she learned that Hal Kanter, the veteran screenwriter who created the show, thought she was too glamorous for the part, quickly becoming determined to change his mind. She changed her hair, mastered the script and convinced him that she was the woman for the job, thus becoming in 1968 the first black female to star in a non-stereotypical role in her own primetime network series.

Julia, which premiered in September 1968, finished No. 7 in the ratings in the first of its three seasons, with Carroll receiving an Emmy nomination and a Golden Globe for her work as the titular character.

Later, she played a much edgier character of the sultry fashions Dominique Devereaux for three seasons on ABC’s Dynasty as well as its spinoff The Colbys, making her the first prominently featured black character on a primetime soap opera.

She lobbied Dynasty producer Aaron Spelling for a role in the series after getting hooked on it after starring on Broadway in Agnes of God. “Isn’t this the biggest hoot?” she said of the show.

“They’ve done everything [on the show]. They’ve done incest, homosexuality, murder. I think they’re slowly inching their way toward interracial,” she recalled to PEOPLE in 1984. “I want to be wealthy and ruthless … I want to be the first black bitch on television.”

Her biggest mark on the big screen was perhaps in 1974’s Claudine, playing a woman from Harlem on welfare raising six children on her won and falling for a garbage collector (James Earl Jones).

She met Sidney Poitier on the set of Porgy and Bess in 1959, beginning what she described as a “very turbulent” nine-year romance.

In 1963, she earned the first of her four career Emmy nominations for portraying a teacher on ABC’s gritty Naked City. After Richard Rodgers spotted her during one of her singing appearances on Jack Paar’s Tonight Show, he composed a Broadway musical for her, resulting in 1962’s No Strings, a love story about a black fashion model (Carroll) and a nebbish white novelist (Richard Kiley), which earned Carroll a Tony Award — the first given to a black woman for best actress in a lead role of a musical.

She was inducted into the Television Hall of Fame in 2011.

She was married four times: to Monte Kay, a manager and casting consultant on House of Flowers; for six weeks to Freddie Glusman, a Las Vegas clothier; to magazine editor Robert DeLeon; and to singer Vic Damone. She also had a three-year romance with talk show host David Frost.

In addition to her daughter Suzanne Kay, Carroll is also survived by her grandchildren, August and Sydney.

In order to be a legend you have to learn from and study the legends. A legend today is known for their noted celebrity and larger-than-life accomplishments, whose fame is well-known. An Arkansas native, who […]

ETI Salutes McCoy Tyner, one of the most influential pianists in jazz history

In order to be a legend you have to learn from and study the legends. A legend today is known for their noted celebrity and larger-than-life accomplishments, whose fame is well-known. McCoy Tyner, one of […]

In order to be a legend you have to learn from and study the legends. A legend today is known for their noted celebrity and larger-than-life accomplishments, whose fame is well-known. Helen Martin was an […]