Even a fake version of Princess Diana’s iconic wedding dress weighs a ton.

“Oh man, it weighed so much,” says Emma Corrin, 24, the actress tasked with bringing the People’s Princess to life in Season 4 of Netflix’s “The Crown.” “It was so heavy I could hardly move in there.”

Corrin is one of two major cast additions for the new season (streaming Nov. 15), as the drama about Queen Elizabeth II’s (Olivia Colman) reign jumps into the tumultuous 1980s. She’s joined by Gillian Anderson (“The X-Files”), who dons a large wig and skirt-suits to play controversial British Prime Minister Margaret Thatcher.

Both actresses faced unique challenges portraying historical figures whom  everyone in the United Kingdom (and many outside it) have strong feelings about.

“I was quite aware of how divisive a character she was. It’s hard to get away from hearing people’s opinions about her, living in the U.K.,” Anderson says. “I find when playing historical characters or iconic characters in literature that it is best to put those opinions to the side and start from scratch.”

Corrin, too, felt immense pressure taking on the role of Diana, arguably one of the most beloved figures in modern British history.

“I was very intimidated,” she says. Diana was “this incredible public figure, the most generous humanitarian. I feel like she had this aura of kindness and also being quite a game changer (for the royals) in the sense that she was ‘one of the people.'”

Diana before she was the princess

Corrin wasn’t even 2 when Diana died in a car crash in Paris in 1997, but she grew up with an acute awareness of the Princess’s life. “Because she broke the rules, bucked the trend, I was very interested in her.”

“Crown” brings Diana into the story as a teen who catches the eye of the older Charles. She’s still a teenager when Charles begins courting her and quickly proposes marriage. The costuming and makeup for Corrin early in Season 4 emphasize her youth compared to Charles (Josh O’Connor), who was 13 years older.

“It was actually the part of (the show) that I loved the most,” Corrin says. “Because it’s the Diana we don’t have much footage of – it’s not really as recorded as when she was older. I also think that it’s a crucial bit to the story. You can’t understand the older version without the younger version as well.”

Most shocking to viewers only casually familiar with Diana’s life will be the series’ frank portrayal of her struggle with bulimia, something Diana was open about later in her life.

“She was very candid about (it) which I think is incredibly progressive of her at that time,” Corrin says. “Obviously, it’s something we’re talking about now, but even now if someone comes out and says that is something they’ve dealt with, it’s a big deal. … I knew that it was central to her experience, and I wanted to do that justice.”

Corrin says she lobbied to “flesh out” the scenes exploring the eating disorder, but she understands the responsibility of portraying a mental illness.

“I just think it’s important. I think that for anyone who’s experienced it, it is always a good thing to see (it) be represented on screen. At the same time, I know it’s very triggering to see, and I know that you have to be careful.” (Each relevant episode begins with a viewer discretion warning and resources for those struggling with eating disorders.)

The new season portrays Diana under immense stress to fit into the royal family and play her part at all times. Corrin sees parallels between Diana’s journey and that of the daughter-in-law Diana didn’t live to meet: Duchess Meghan.

Playing the role “made me feel very sensitive about what Meghan and Harry are going through at the moment,” Corrin says, referring to the intense media scrutiny and online abuse of Prince Harry and his wife, who earlier this year announced a desire to step back as “senior” members of the royal family. “I think it’s because I feel protective over anyone who is subjected to that.”

Although Thatcher was nowhere near as beloved a public figure as Diana, Anderson still had plenty of baggage to sort through to play the political figure, she says.

Despite her ubiquity in public life during the 1980s, there was much Anderson didn’t know about Thatcher.

“I don’t even think I knew she had twins,” she says. “I didn’t know that she continued to iron her husband’s shirts, even while she was Prime Minister, or that she cooked (dinner) for Cabinet members in the flat above Number 10 (Downing Street).” She and her daughter’s shepherd’s pie is an integral part of the episode in which Thatcher decides to go to war over the Falkland Islands.

Although the new season is sometimes sympathetic to Thatcher, especially after some embarrassing interactions with the royal family, Anderson says she wasn’t trying to insert any personal feelings into her performance.

“Any time you do a series you’re not really imbuing it with your opinion,” she says. “It’s none of my business how the audience reacts. … I have a feeling that the response that the audience ends up having will be as divided as the response to her in (real life). It’ll keep people talking around the (water cooler) – if we’re ever allowed to go back to work and stand around the water cooler.” 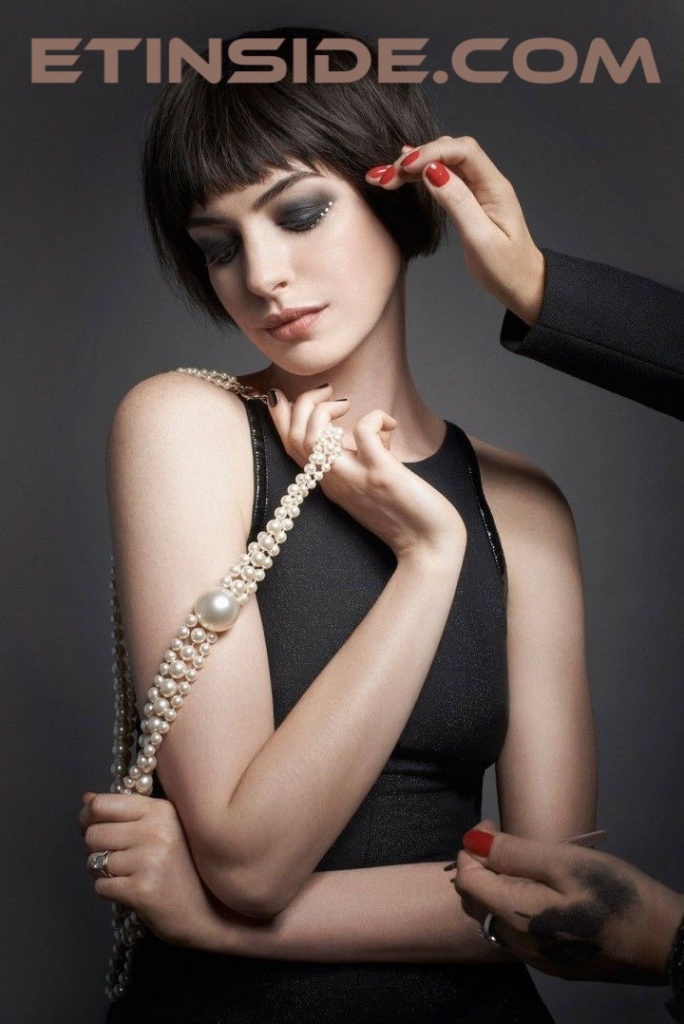 ETI has everything to know about the MTV VMA Awards 2020

It’s that time of year again! Although the coronavirus pandemic has delayed many events in 2020, MTV is still going full steam ahead with the Video Music Awards. The 37th annual ceremony will be the first […]

The Daily Show is continuing to poke fun at President Trump – this time in print across three of the country’s biggest newspapers. The Comedy Central nightly talk-show has taken out a faux lawyer advert in […]

Tia Mowry will be part of Lifetime’s original movie franchise for years to come. The Game and Sister, Sister alumna has closed a three-picture deal with the A+E network to star in and produce three holiday movies for their It’s a […]