Michael Jackson’s Thriller is probably his best-known album, song and music video. The album was hugely successful and is to this day one of the most successful albums of all time. While Michael may no longer be with us, his music certainly is – but when did Michael release the album?

Michael Jackson’s sixth album, Thriller, was released on November 30, 1982, when Michael was 24-years-old.

The album was preceded with some single releases, which included his duet with Sir Paul McCartney, The Girl is Mine.

The Girl is Mine was released on October 18, 1982, after which the album was the next release, coming out in November 1982.

After this, Michael released a huge number of singles from the album, which included Billie Jean, Beat It, Wanna Be Startin’ Somethin’, Human Nature, P.Y.T. and Thriller.

These singles throughout the year after the album was out, with Thriller coming out on November 2, 1983.

This song came with a hugely successful music video, which premiered on December 2, 1983, a month after the song had been released as a single.

The music video was directed by John Landis, who had released his horror movie An American Werewolf in London in 1981.

Reportedly Michael saw this film and contacted John, wanting to create a music video unlike any previously seen.

It references many horror tropes and films, with zombies, werewolves and a damsel in distress featuring heavily.

As well as this, Michael wore a now-iconic red jacket which became hugely influential, and a similar jacket was worn by his daughter Paris at a tribute concert to him.

As for the album itself, it was in the top spot of the Billboard chart for a record 37 weeks and is still the best-selling album of all time.

According to TIME magazine, during the peak of the album’s fame, it was selling one million copies every week. 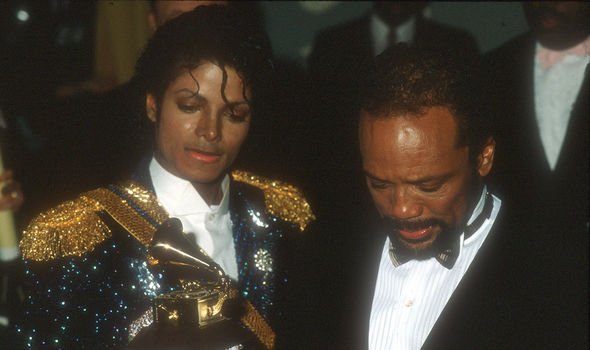 Michael broke the record for most Number One singles from a single album, with seven, until this was matched by Bruce Springsteen two years later with Born in the USA.

At present, this record has not been beaten by anyone else.

The album also won eight American Music Awards and has been inducted into the Grammy Hall of Fame.

The Library of Congress’ National Recording Registry also inducted the album as being ‘culturally, historically, or aesthetically significant recordings,’ while the music video for Thriller was inducted for the same reasons to the National Film Preservation Board’s National Film Registry.

This helped Michael’s career to skyrocket, if he was not famous enough already, and his following album Bad performed incredibly well, with six singles going to Number One and it selling a claimed 35 million copies.

This Day in Entertainment History: We Are The World

The date was March 11, 1985 when the video for “We are the World” debuted on MTV. “We Are the World” is a charity single originally recorded by the supergroup United Support of Artists (USA) for Africa in 1985. […]