President Donald Trump said Monday that he would prefer for government employees to wash Secretary of State Mike Pompeo’s dishes if his wife or son was not there to do so.

While the dish-washing assertion was not among those reportedly investigated by the State Department inspector general fired by Trump last week at Pompeo’s recommendation, the secretary of state faced dual investigations by the department watchdog into whether he had staffers perform personal chores and whether he looked to circumvent Congress in accelerating an arms deal with Saudi Arabia.
“Look, he’s a high quality person, Mike. He’s a very high quality, he’s a very brilliant guy,” Trump told reporters at the White House after he was asked whether he was concerned that Pompeo might have requested the watchdog’s ouster to halt the investigations.
“And now I have you telling me about dog walking, washing dishes and, you know what, I’d rather have him on the phone with some world leader than have him wash dishes because maybe his wife isn’t there or his kids aren’t there, you know,” Trump said.
While the President alluded to Pompeo having multiple children, he and his wife have one son. 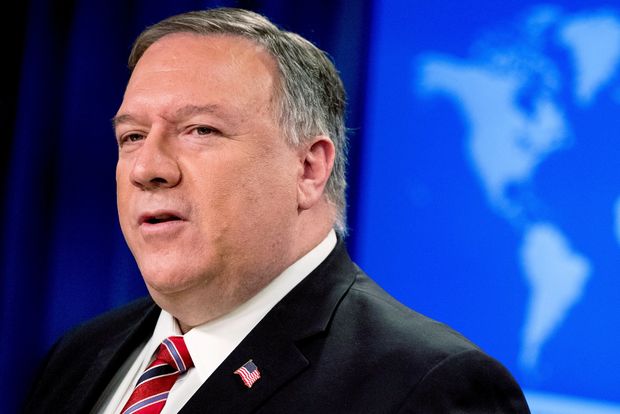 Steve Linick, the State Department inspector general Trump fired last week, was investigating whether Pompeo made a staffer perform a variety of personal errands, including walking his dog, picking up dry cleaning and making a dinner reservation for him and his wife, a Democratic aide told CNN on Sunday. A senior State Department official previously confirmed to CNN that Pompeo recommended Linick be removed, but they did not know the reasons why.
Pompeo also refused to sit for an interview with Linick’s office as part of its probe into the administration’s move to bypass Congress and expedite last year’s $8 billion arms sale to Saudi Arabia by declaring an emergency, a congressional aide told CNN Monday.
Last May, the Trump administration declared an emergency to bypass Congress and expedite billions of dollars in arms sales to various countries — including Saudi Arabia and the United Arab Emirates — citing the need to deter what it called “the malign influence” of Iran throughout the Middle East.
Trump said Monday that he didn’t “know anything about” investigations into Pompeo, looking to dismiss the probe’s gravity in comparing it to the nation’s recovery efforts.
“You mean he’s under investigation because he had somebody walk his dog from the government?” Trump said of Pompeo. “I don’t know, doesn’t sound, I don’t think it sounds like that important.” 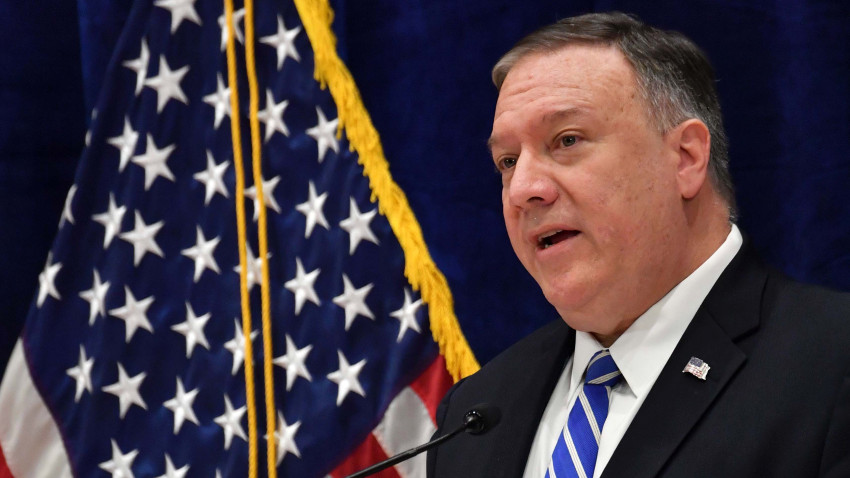 The President accused Democrats and the media of being interested in who was walking the dog of “a man supposed to be negotiating war and peace with major, major countries, with weaponry like the world has never seen before,” asserting that Pompeo may have made the requests while talking to North Korean Leader Kim Jong Un or Chinese President Xi Jinping.
“Maybe he’s busy, and maybe he’s negotiating with Kim Jong Un, OK, about nuclear weapons. So that he’d say, ‘Please, could you walk my dog? Do you mind walking my dog? I’m talking to Kim Jong Un,’ ” Trump said. “Or, ‘I’m talking to President Xi about paying us for some of the damage they’ve caused to the world and to us, please walk my dog.’ To who, a Secret Service person or somebody, right?”
Trump added, “I don’t know, I think this country has a long way to go, they — the priorities are really screwed up when I read this.”
Trump’s comments seemed inconsistent with recent diplomatic events. Xi is not Pompeo’s counterpart — Trump would typically be the one to speak with the Chinese President. There haven’t been talks with North Korea at even the staff level for months as negotiations have stalled.
When pressed on whether Pompeo tried to subvert Congress’ will concerning the Saudi arms deal, Trump replied, “I don’t think so. I mean, I think that when somebody pays us a fortune for arms, we should get the deal done, I will tell you that.”