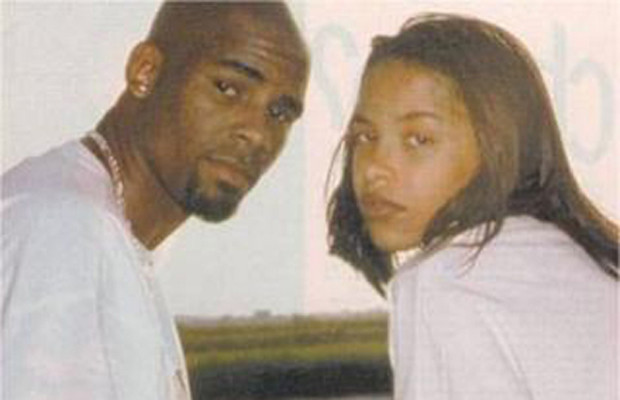 Aaliyah reportedly developed a friendship with R. Kelly during the recording of her debut album. As she recalled to Vibe magazine in 1994, she and R. Kelly would “go watch a movie” and “go eat” when she got tired and would then “come back and work”. She described the relationship between her and R. Kelly as being “rather close.” In 2016, Kelly said that he was in love with Aaliyah as he was with “anybody else.” In December 1994, Aaliyah told the Sun-Times that whenever she was asked about being married to R. Kelly, she urged them not to believe “all that mess” and that she and R. Kelly were “close” and “people took it the wrong way.” In his 2011 book The Man Behind the Man: Looking From the Inside Out, Demetrius Smith Sr., a former member of R. Kelly’s entourage, wrote that R. Kelly told him “in a voice that sounded as if he wanted to burst into tears” that he thought Aaliyah was pregnant.

Jamie Foster Brown in the 1994 issue of Sister 2 Sister wrote that “R. Kelly told me that he and Aaliyah got together and it was just magic.” Brown also reported hearing about a relationship between them. “I’ve been hearing about Robert and Aaliyah for a while—that she was pregnant. Or that she was coming and going in and out of his house. People would see her walking his dog, 12 Play, with her basketball cap and sunglasses on. Every time I asked the label, they said it was platonic. But I kept hearing complaints from people about her being in the studio with all those men. At 15,” Brown said. “you have all those hormones and no brains attached to them.”

Aaliyah admitted in court documents that she had lied about her age. In May 1997, she filed suit in Cook County seeking to have all records of the marriage expunged because she was not old enough under state law to get married without her parents’ consent. It was reported that she cut off all professional and personal ties with R. Kelly after the marriage was annulled and ceased having contact with him. In 2014, Jomo Hankerson stated that Aaliyah “got villainized” over her relationship with R. Kelly and the scandal over the marriage made it difficult to find producers for her second album. “We were coming off of a multi-platinum debut album and except for a couple of relationships with Jermaine Dupri and Puffy, it was hard for us to get producers on the album.” Hankerson also expressed confusion over why “they were upset” with Aaliyah given her age at the time. 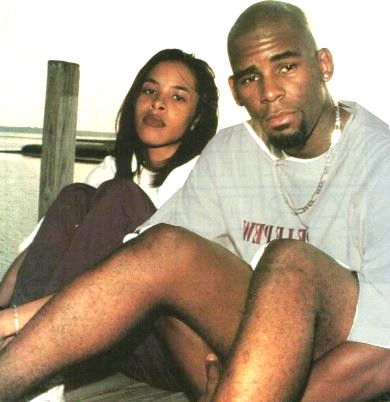 Aaliyah was known to avoid answering questions regarding R. Kelly following the professional split. During an interview with Christopher John Farley, she was asked if she was still in contact with him and if she would ever work with him again. Farley said Aaliyah responded with a “firm, frosty” ‘No’ to both of the questions. Vibe magazine said Aaliyah changed the subject anytime “you bring up the marriage with her”.  A spokeswoman for Aaliyah told the Chicago Sun-Times in 2000 that when “R. Kelly comes up, she doesn’t even speak his name, and nobody’s allowed to ask about it at all”. Kelly later commented that Aaliyah had opportunities to address the pair’s relationship after they separated professionally but chose not to.

R. Kelly would have other allegations made about him regarding underage girls in the years following her death and his marriage to Aaliyah was used to evidence his involvement with them. He refused to discuss his relationship with her, citing that she was dead. “Out of respect for her, and her mom and her dad, I will not discuss Aaliyah. That was a whole other situation, a whole other time, it was a whole other thing, and I’m sure that people also know that.” Aaliyah’s mother Diane Haughton reflected that everything “that went wrong in her life” began with her relationship with R. Kelly. The allegations have been said to have done “little to taint Aaliyah’s image or prevent her from becoming a reliable ’90s hitmaker with viable sidelines in movies and modeling.”

The date was August 16, 1967 when The Jackson 5 won an amateur-night competition at the Apollo Theatre and was discovered by Motown singer Gladys Knight. This day ushered in The Jacksons, Michael Jackson and […]

On March 5, 2006 “It’s Hard out Here for a Pimp” a song written by hip hop group Three 6 Mafia and Cedric Coleman as the theme song to the film Hustle & Flow won […]

This Day in Entertainment History featuring Hulk Hogan, Andre the Giant and Wrestlemania

WrestleMania III was the third annual WrestleMania professional wrestling pay-per-view (PPV) event produced by the World Wrestling Federation (WWF). The event was held on March 29, 1987, at the Pontiac Silverdome in Pontiac, Michigan. There […]