A new government survey of the population has revealed more people are identifying as lesbian, gay or bisexual (LGB) than ever before. Conducted by the Office for National Statistics (ONS), the research shows the percentage of people who identify as heterosexual on the form has decreased from 94.4% in 2012 (when the government first started publishing the figures) to 93.2% in 2017.

This may sound like a teeny amount, but when you take into account this is the whole goddamn population, that’s 1.1 million people over the age of 16 in the UK who identify as LGB on the official government survey.

Back in 2012, 1.5% of people identified as LGB, and in the most recent survey this has risen to 2%. Of those, 0.7% identify as bisexual and 1.3% as lesbian or gay. Unsurprisingly, more women than men identified as bi, too. 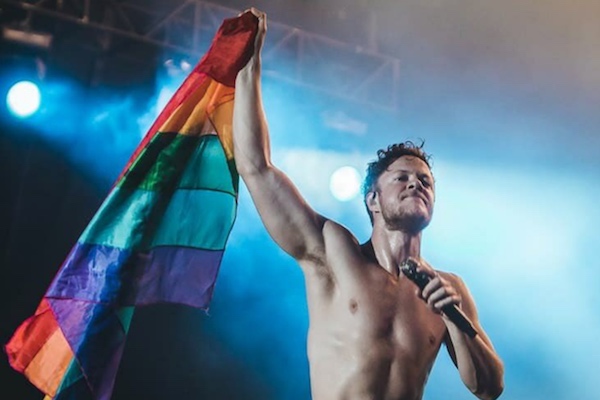 It is 16-24 year olds who are most likely to identify as LGB, and it was London residents who were most likely to be LGB. Plus, 69.4% (around 7 in 10) of those who selected lesbian, gay or bisexual on the survey were single and had never been married or in a civil partnership. “This reflects the younger age structure of this population, and that legal unions for same-sex couples are relatively new,” commented Paula Guy, the statistician for ONS.

A further 0.6% of people in the UK identified as ‘other’, which means they didn’t consider themselves to fit into the heterosexual or straight, bisexual, gay or lesbian categories. Since 2012, this proportion has increased from 0.3%. And, a further 4.1% refused, or did not know how, to identify themselves.

This year, 6% of people from mixed or multiple ethnic groups identified themselves as gay, lesbian and bisexual. Among the white ethnic group, the percentage identifying as LGB increased from 1.6% in 2012 to 2.1%.

“We warmly welcome the release of new data from the ONS, as the Government’s national LGBT survey demonstrated, gathering data on LGBT communities in the UK is a significant step towards building a society where all LGBT people are accepted without exception,” says Paul Twocock, Director of Campaigns, Policy and Research at Stonewall.

How to Stop Obsessing Over a Past Relationship

It’s probably one of the hardest things about dating… breakups and ending all contact, thought and obsession over the ex. At times, it feels like you may never stop thinking about them. Even worse, you start […]

‘Jaws’ to ‘Get Out’: The Only 6 Horror Films Ever Nominated for Oscar’s Best Picture

In 1992, ‘The Silence of the Lambs’ became the first — and only — horror movie to win. The Oscars rarely acknowledge horror films outside of the technical categories, but Jordan Peele’s Get Out acquired an impressive four […]

Stop us if this sounds familiar: you’re in a relationship with someone who’s just plain bad for you. You fight all the time, you’re constantly complaining about each other, and your friends and family members […]