We’ve had hip hop on our minds as of late in the offices of ETI. Never more prominent in the popular consciousness than it is now (the genre’s enormous fan base is still growing rapidly, with stellar new acts emerging on an yearly basis), hip hop is often misunderstood by those on the outside; as such, we here at Goliath thought we’d take a look at some of the greatest hip hop acts of all time and give you an idea of their best work, so as to know where to start. So here’s the 10 greatest hip hop artists of all time, as ranked by us (we understand this list may be a bit divisive, so feel free to sound off in the comments and let us know what kind of job we did!). 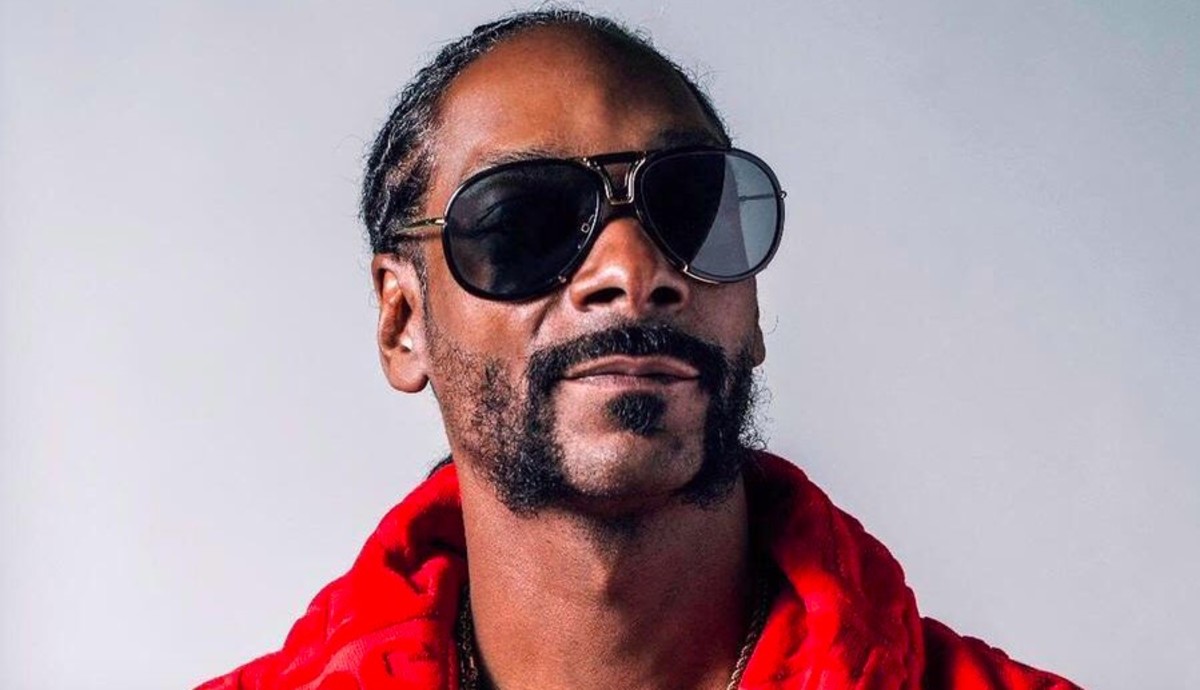 Snoop Dogg is an elite artist for any genre and the main reason he is not included in the G.O.A.T. discussion with proper respect is a strong bias against hip hop originating from outside of New York city.

Jay-Z during his prime compared himself to Snoop Dogg to lend some of the credibility and esteem. Snoop stood out on tracks along side every legendary rapper he collaborated with and the list is endless: Eminem, 2pac, Jay-Z.

Does he substitute actual rapping for annoying spelling bees every so often? Sure. Is a Snoop Dogg project a Forrest Gumpy box of chocolate? No Question. Has his storied career been more of a Samuel L. Jackson longevity imprinted canvas with strokes of brilliance every now and then, often partially thanks to the material and surroundings which allowed for that brilliance? It has. However, Snoop is not just a good rapper, he is one of the best.

And we’re back to Straight Outta Compton. Formed in Compton, California, in 1986, N.W.A rose to prominence as one of the most important and influential groups in the West Coast hip hop movement. Founded by members Arabian Prince, Dr. Dre, Ice Cube and Eazy-E, N.W.A weren’t just a musical group, they were the tip of the revolutionary spear when it came to using hip hop as a tool for cultural expression and, more importantly, social commentary. Using their fame and their lyrics to draw attention to issues of race, social class and culture in the 20th century, N.W.A were incredibly important to the development of hip hop and rap, and their album Straight Outta Compton is still studied as one of the definitive albums the genre has to offer.

We’re going to toss a bold statement out there, and we’re hoping the majority of our readers agree with us. As far as pure influence goes, there’s few hip hop or rap acts that carry the same cultural importance as Run–D.M.C. Formed in Queens, New York, in 1981 and consisting of members Joseph Simmons, Darryl McDaniels and Jam Master Jay, Run–D.M.C. were the original advocates of the hip hop genre; they were the first group in the genre to win a Grammy Award, they were the first group in the genre to register platinum record sales, and they’ve been cited by innumerable hip hop acts as the forefathers of rap and the primary inspiration behind so many fundamental hip hop albums. The band that turned Rick Rubin’s Def Jam records into an overnight sensation, Run–D.M.C. are directly responsible for the overall sound and shape of the genre as we understand it today; we aren’t exaggerating when we say their influence cannot be understated.

We’re big fans of Outkast here at Goliath, and it’s with great lament that we suggest they don’t get nearly as much love as they deserve. Perhaps it’s because the duo eventually outgrew the hip hop classification, and branched out to explore and incorporate other musical genres; perhaps it’s because the duo of Andre 3000 and Big Boi made it look so damn easy. Whatever the case, we think it’s downright criminal that Outkast, along with their seminal hip hop albums Southernplayalisticcadillacmuzik (1994) and Speakerboxxx/The Love Below (2003), aren’t cited as among the greatest the genre has to offer. The latter album is of particular merit, as the experimental nature of Speakerboxxx/The Love Below should be commended; it’s an incredible piece of work, and one of the best the last fifteen years have had to offer.

Speaking of some of the greatest hip hop albums of all time, our next MC is responsible for crafting arguably the greatest. Nas, who began his musical career in 1991 and has been consistently cited as one of the greatest in the genre since that time, released his first album, Illmatic, in 1994 and was instantly launched to heights most rap and hip hop artists can only aspire to. Lauded for its lyrical complexity and deft navigation of production and storytelling, Illmatic is often ranked inside the top five (and often the top three) greatest hip hop albums of all time, and its success offered a blueprint for innumerable young artists who came after and wished to break into the genre. One of the definitive albums of the East Coast rap revival, Illmatic and Nas’s subsequent work have cemented his place amongst the greatest hip hop acts of all time, a title that’s likely to last so long as he keeps releasing exceptional work.

Ahhh, Hova. Despite the overexposure you’ve received in recent years, no doubt in part due to your high profile marriage to Beyoncé and your close friendship and oft-collaborations with media sensation Kanye West, we still love you. The Black Album remains one of the smoothest, most definitive rap albums ever produced, and its legacy alone would ensure him a place in the hip hop hall of fame for the rest of musical history. Hova, who goes by his better known stage name of Jay Z, has been at the forefront of rap and hip hop since he broke into the genre with his album Reasonable Doubt in 1996. One of the best selling musical artists of all time, Jay Z’s work has tailed off somewhat in recent years, with his newest albums failing to receive the critical acclaim bestowed upon his earlier work; whether you’re still a fan or not, there’s no denying that Jay Z deserves a spot on the list of the greatest hip hop acts of all time.

The man, the myth, the legend. Raised in Brooklyn, New York, The Notorious B.I.G. released his debut album Ready to Die in 1994; the rest, as they say, is history. The face of the East Coast hip hop revival, The Notorious B.I.G., also known as Biggie Smalls, is one of musical history’s most influential performers. Central to the East Coast/West Coast feud of the mid-1990s, Biggie is renowned for the intensity and lyrical complexity he imbued in his music; combined with the smooth production value of his work, this allowed Biggie to craft a slick sound that has landed him cultural legacy matched by very few. A favorite among both fans and other rappers or hip hop artists, Biggie’s untimely death has only added layers to the legend of a man already viewed by many as a mystery.

The Wu-Tang Clan and their vast influence and network of artists are difficult to catalog in a short summary, but we’ll do our best. Founded in New York City in 1982, the Wu-Tang originally featured artists RZA, GZA, Method Man, Raekwon, Ghostface Killah, Inspectah Deck and Ol’ Dirty Bastard, among others. Since the release of their inaugural album, Enter the Wu-Tang (36 Chambers), in 1993, the clan’s roster has grown to include other members and artists; however, the central roster and contributors remains the same, minus Ol’ Dirty Bastard, who has since passed away. Supremely influential and consistently cited as the greatest hip hop group of all time, the Wu-Tang Clan are still active on the concert circuit and are home to an extremely loyal fanbase.

In making lists such as this one, you ultimately reach a point where the artists should need little explaining, as their legacy pervades the fabric of popular culture and has undoubtedly already been exposed to most readers. Such is the case with Eminem; love the man, hate the man, ignore the man, it doesn’t really matter. Slim Shady cemented his place in the annals of music history a long time ago; the quality music we’re still receiving from him is just gravy, as far as we’re concerned. His story is well known thanks to the semi-autobiographical film 8 Mile, and his influence in the hip hop genre spreads far further than we’d be able to encapsulate in this brief article. We’ll leave you with this, if we can; boot up either The Marshall Mathers LP or The Eminem Show, listen to either several times, and repeat. It doesn’t take long to develop a sincere appreciation for this oft-misunderstood artist.

Could it have been anyone else? The man is so influential, so talented and so musically gifted we’re hesitant to call him anything but an artist. Tupac Shakur is the man most often cited as the greatest rapper of all time; rest assured, that title is not undeserved. Rather, it’s so well deserved that it’s become trendy to suggest otherwise, regardless of how untrue those claims may be. Tupac, who rose to prominence during the mid-1990s East Coast hip hop revival, is a musical and cultural legend whose influence is often felt and rarely understood or experienced firsthand. His music, which often touched upon the trials and tribulations implicit in inner city life, stands the test of time as well as any music of the hip hop genre, and it should be experienced by most everyone who dares to call themselves a fan of rap and hip hop. 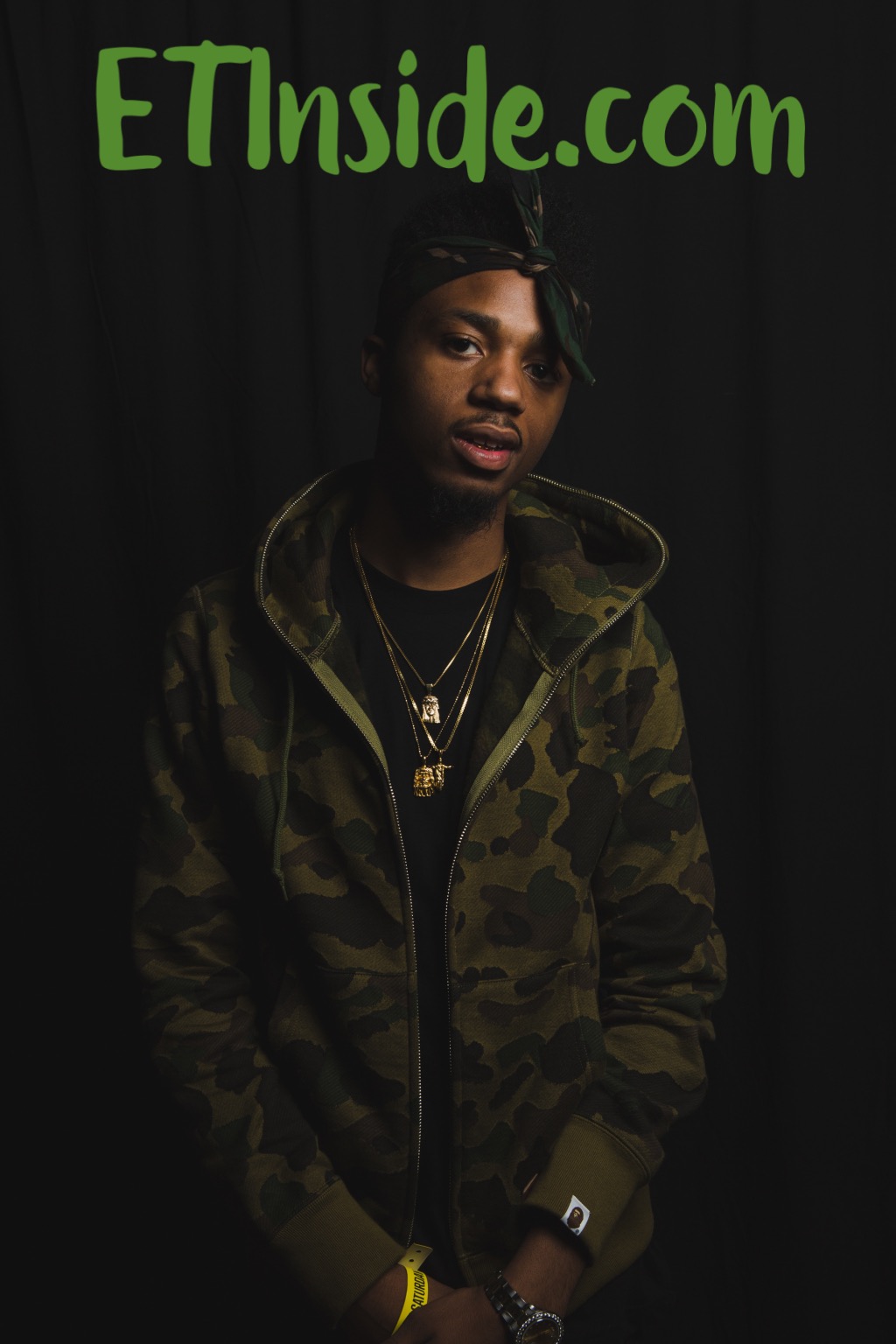 Things Every Woman Should Always Have In Her Purse

What does it mean to redefine art? Just ask Ma-Lik Nasir, the future in contemporary art who specializes in dazzling 70’s inspired photography. His view on taking models (professional and amateur) and transporting them back […]