Good Times is an American sitcom that aired on CBS from February 8, 1974, to August 1, 1979. It was created by Eric Monte and Mike Evans, and developed by Norman Lear, the series’ primary executive producer. Good Times was a spin-off of Maude, which was itself a spin-off of All in the Family.

Good Times was intended to be a good show for Esther Rolle and John Amos. Both expected the show to deal with serious topics in a comedic way while providing positive characters for viewers to identify with. 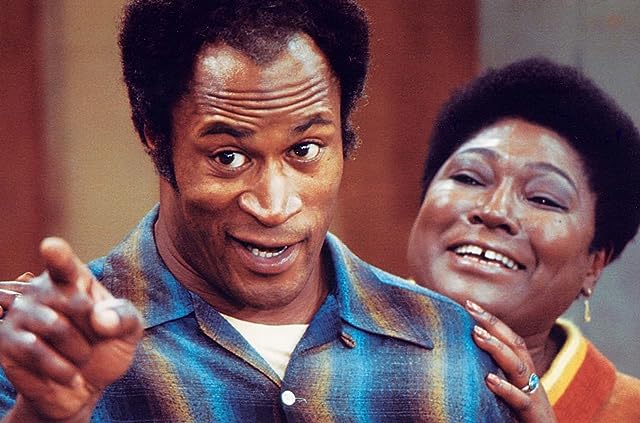 However, Jimmie Walker’s character of J.J. was an immediate hit with audiences and became the breakout character of the series. J.J.’s frequent use of the expression “Dy-no-mite!” (often in the phrase “Kid Dy-no-mite!”), credited to director John Rich, became a popular catchphrase (later included in TV Land’s The 100 Greatest TV Quotes and Catch Phrases special). Rich insisted Walker say it in every episode. Walker and executive producer Norman Lear were skeptical of the idea, but the phrase and the J.J. Evans character caught on with the audience. As a result of the character’s popularity, the writers focused more on J.J.’s comedic antics instead of serious issues.

Through seasons two and three, Rolle and Amos grew increasingly disillusioned with the direction of the show and especially with J.J.’s antics and stereotypically buffoonish behavior.

By the end of season four, Esther Rolle had also become dissatisfied with the show’s direction and decided to leave the series. In the final two episodes of the season, “Love Has a Spot On His Lung”, Rolle’s character gets engaged to Carl Dixon (Moses Gunn), a man she began dating toward the end of season four. In the season five premiere episode, it is revealed that Florida and Carl married off screen and moved to Arizona for the sake of Carl’s health.

With Amos and Rolle gone, Ja’net Dubois took over as the lead character, as Willona checked in on the Evans children since they were now living alone. In season five Janet Jackson joined the cast, playing Penny Gordon Woods, an abused girl who is abandoned by her mother and eventually adopted by Willona. Before taping of season six began, CBS and the show’s producers decided that they had to do “something drastic” to increase viewership. According to then-vice president of CBS programming Steve Mills, “We had lost the essence of the show. Without parental guidance the show slipped. Everything told us that: our mail, our phone calls, our research. We felt we had to go back to basics.”

Producers approached Esther Rolle with an offer to appear in a guest role on the series. Rolle was initially hesitant but when producers agreed to a number of her demands (including an increased salary and higher quality scripts), she agreed to return to the series on a full-time basis. Rolle also wanted producers to make the character of J.J. more responsible, as she felt the character was a poor role model for black American youths. She also requested that producers write out the character of Carl Dixon; Rolle reportedly disliked the storyline surrounding the Carl Dixon character, as she believed Florida would not have moved on so quickly after James’ death or leave her children. Rolle also thought the writers had disregarded Florida’s devout Christian beliefs by having her fall for and marry Carl, who was an atheist. 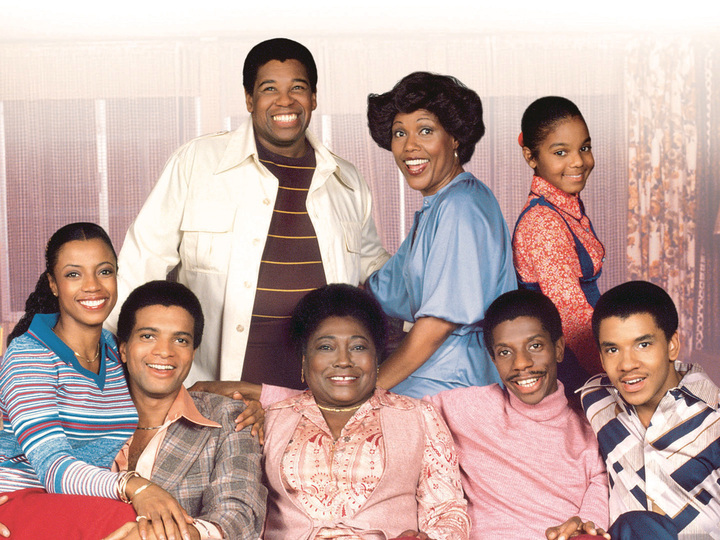 Want to know what to watch on Netflix? (Use this list) Extraction has come out on top of the first ranking of original movies released by Netflix, with a company-reported 99 million viewers in its first four […]

A new trailer for Amazing Grace, the long lost Aretha Franklin concert documentary set for an April 5 release by Neon, showcases the late singer delivering a stunning performance of the title song. Filmed by Sydney Pollack in 1972 at the […]