Yes, many fill their pages with trite pieces of advice and don’t help much at all.

I’ve read many, however, that changed my life after reading them.

I read so much I’m hard to ‘impress’ but these books stood out to me and actually caused me to change my behavior and attitude in a profound way.

Not only are these books unusually insightful, but some of them are written by people you might not expect.

Check out the list and let me know if there are some you’d add to it.

Relentless: From Good to Great to Unstoppable by Tim Grover 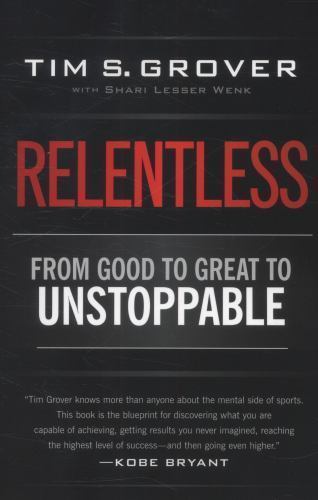 I’ve listened to this one on audio more than five times. Be careful listening to this while you drive because you might push the pedal all the way down to the floor.

Tim Grover has been the personal trainer for world-class athletes like Michael Jordan, Kobe Bryant, and Dwayne Wade. Working with some of the world’s fiercest competitors for decades must teach you something about motivation.

Throughout the book, he details the work he did with these athletes throughout their careers and talks about what it takes to become the best in the world at what you do.

Tim believes in having a relentless attitude — always pushing for the next championship or achievement — even to the detriment of your personal life.

Never stay satisfied. Don’t compete with others, make them compete with you.Stop thinking so much and use your instincts — primal instincts — to drive you toward your end goal. Don’t shy away from your aggressive side — harness it.

I don’t agree with all the lessons in the book, but no other book in the universe has helped me eviscerate my excuses like this one has.

Listen to this one on audio and you’ll literally feel the author drag the wimp out of your soul.

The Magic of Thinking Big by Dr. David J. Schwartz 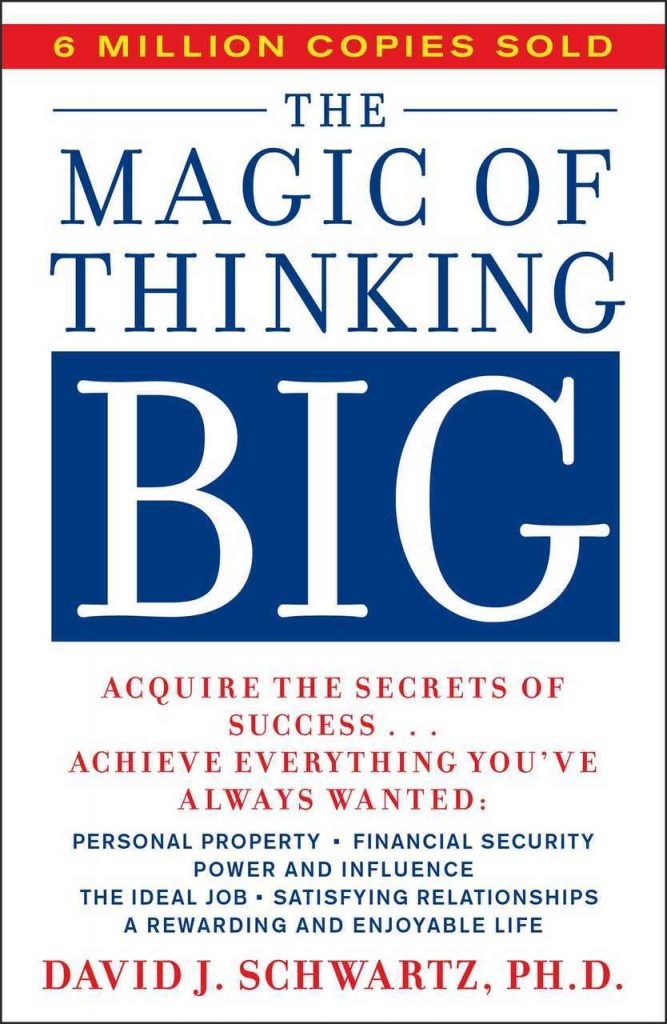 The title makes the book seem like a new-age pep talk filled with fluff, but this book provides the most thorough examination of self-doubt, limiting beliefs, and fear I’ve ever read.

The premise of the book claims our thinking is the crucial factor in our own success, happiness, and achievement. We almost always make the mistake of thinking too small.Thinking big stretches you and makes you demand more of yourself.

The book provides detail after detail to describe how you can begin to think big. There are dozens of chapters in the book and each chapter has a list of prescriptions you can use to start thinking and acting bigger.

If you’re an aspiring creative or entrepreneur, you need to read this book.

The ONE Thing: The Surprisingly Simple Truth Behind Extraordinary Results by Gary Keller and Jay Papasan 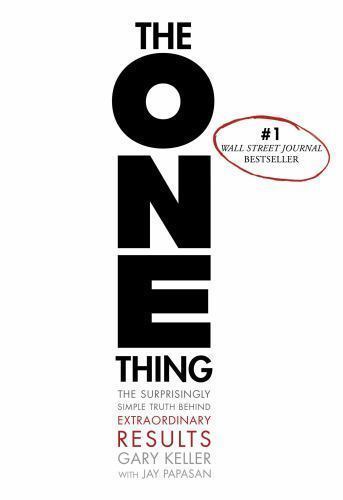 This book gives the best advice on goal setting I’ve ever read.

The one thing teaches you how to develop laser-sharp focus and build momentum for your future.

Instead of “chasing two rabbits and catching neither,” you should focus on one thing at a time, working backward from your “someday,” goals to what you need to do right now to take the first step.

If you start with a two-inch domino and line up a domino 1.5 times taller repeatedly, the 57th domino will span the distance to the moon. Even better, you can flick the first domino and the rest will topple down.

To achieve monster goals, start with a tiny domino because it has the power to topple the rest.

The book shows you how to “line up your dominoes,” and reach unimaginable heights in your career and life.

The Everything Store: Jeff Bezos and the Age of Amazon by Brad Stone 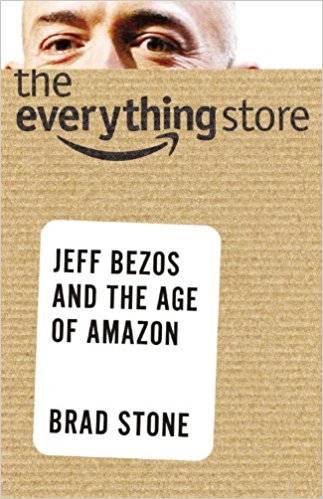 How do you become the richest man in the world?

Of course, you have to have a great business idea. But you also have to be somewhat insane. You have to have standards too high for even the most ambitious people in the world.

You have to optimize everything in your business and your life to squeeze out every ounce of innovation.

You have to be Jeff Bezos.

The Everything Store profiles the life of Amazon founder Jeff Bezos.

Bezos had an ambitious dream. He wanted to create an online store for every product imaginable. Starting with an online bookstore, Bezos turned Amazon into one of the most successful companies of all time.

Several times throughout his career, people told him his ideas were insane or impossible.

But Bezos doesn’t believe in impossibilities.

He pushed new initiatives to his staff and told them to figure out how to make them work.

Some call his tactics into question, saying his dedication to customer service comes at the cost of his employees’ sanity, but others say working for him taught them lessons they couldn’t have learned elsewhere.

Bezos’s thinking is only “bound by the laws of Physics.” Anything else is fair game.

The book tells tons of amazing stories. My favorite was the story of Jeff creating a secret space station. I never knew he did that.

The point isn’t startup founder worship — Amazon needed plenty of people to succeed — but rather the kind of attitude you need to have to reach extraordinary levels of success.

When you see the path he took to building Amazon, you’ll realize how much more you’re capable of, especially when it comes to business.

I don’t want to be Jeff Bezos, or a billionaire, or to take over the world, but the example in this book did help me create the blueprint for the future I want. 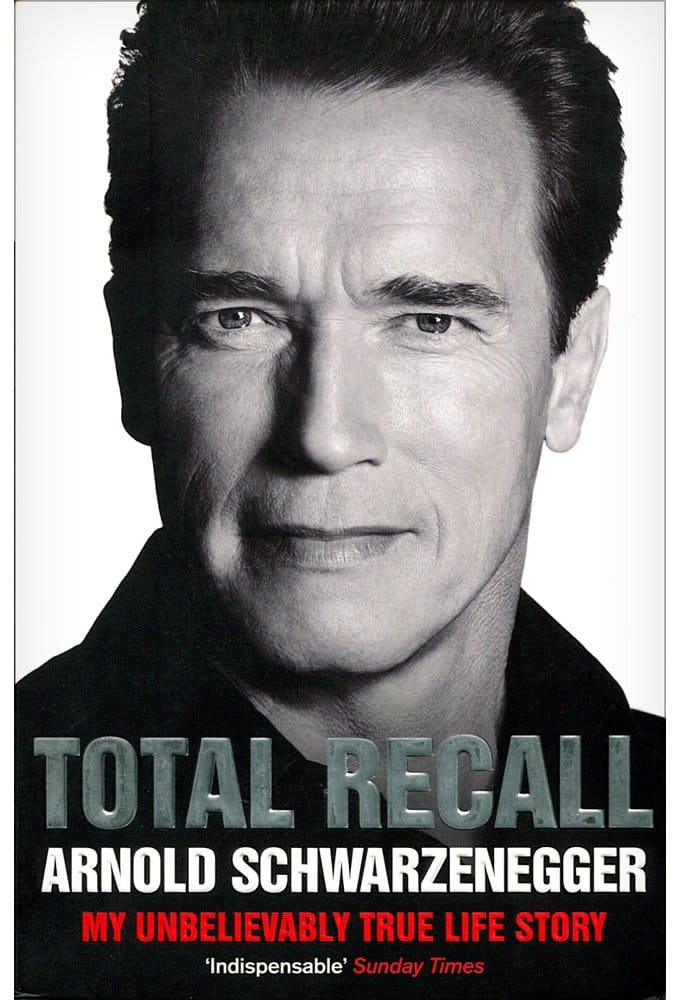 When someone recommended this book to me, I scratched my head a bit. Why the hell would I want to read an autobiography by a guy who can barely put two sentences together on camera?

After reading this book, I know why.

It’s the best autobiography I’ve ever read…by far. It reads like fiction because it doesn’t seem like the story could be real.

Arnold grew up poor in Austria. At a young age, he was into fitness. He learned about the sport of bodybuilding and began training to become a bodybuilder.

He decided he wanted to become the world’s strongest man.

At the age of 20, he became the world’s strongest man.

After becoming the world’s strongest man and putting the sport of bodybuilding on the map, he decided he wants to become an actor.

He became an actor.

After becoming an actor, he wanted to become the highest paid actor in Hollywood.

As if being rich wasn’t enough, he wanted to learn how to diversify his income. He started learning how to invest real estate.

The Terminator was always into politics and he wanted to run for office. He wasn’t born in the United States, and couldn’t run for president, so he decided to run for Governor in the largest state of the country.

He went on to become the governor of California.

How does a poor kid from Austria become an extremely wealthy and highly improbable success story?

He applied the same logic for building his body to other areas of his life — reps, reps, reps.

If you want bigger muscles…life weights repeatedly for a long time.

If you want to be an actor…study the craft and build relationships with people in the industry repeatedly over time.

It’s a simple and profound concept. A 130 lb man can build a bodybuilder’s frame with time and repetition.

If you feel like you’re ‘underweight’ in your career, life, relationship..the recipe to change is pretty simple — work on it repeatedly for a long period of time.

Look at the leaps from

Seriously, buy the book. It might be the best motivation book I’ve ever read. 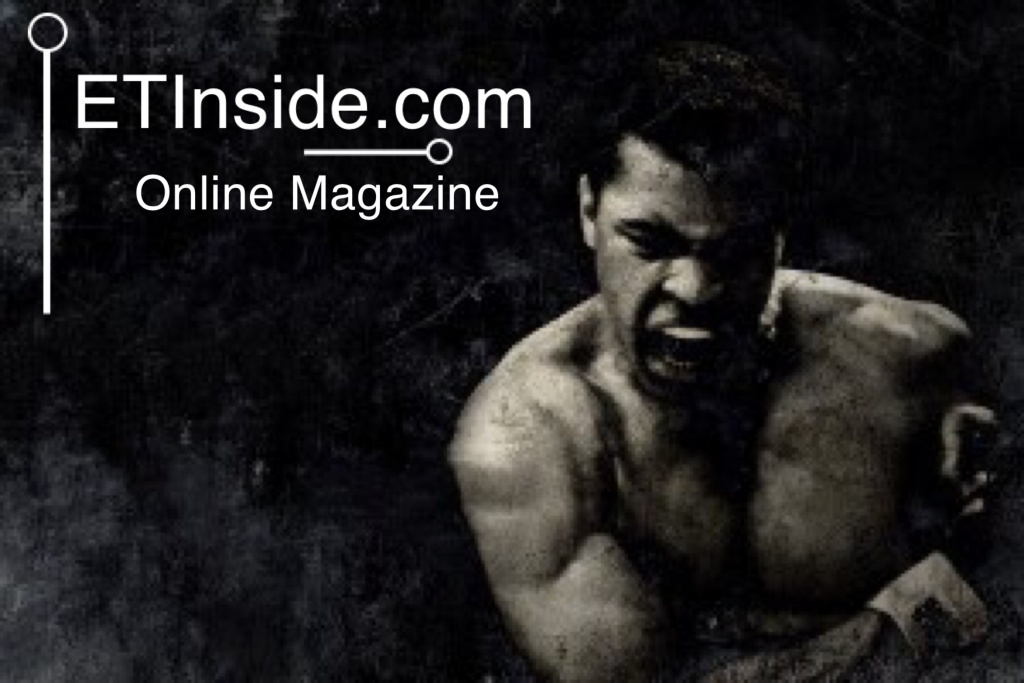 If you’re out of book ideas headed into another month of staying at home, or finally ready to crack one open, Bill Gates has some suggestions. The billionaire released his annual summer book list on Monday. Whether […]

ETI Book Club: This is for the women who don’t give a fuck – Janne Robinson

This Is For The Women Who Don’t Give A Fuck is a poetry collection of Robinson’s heart. Her work is a diverse assortment of gut-wrenching stories, powerful anecdotes, whimsical observations, and overall joyful expressions. She relinquishes […]

We all know about the magical, brain-boosting powers of reading. Reading for as little as six minutes each day can lower stress by 68%. It can also reduce the risk of Alzheimer’s disease, help you live longer, and […]