Narrator: Scroll through any fashionable millennial’s social media, and chances are, you’ll see Gucci’s iconic double G logo, whether on belts, bags, or even capes. Gucci is pretty much everywhere these days. Kylie Jenner even made headlines for carrying her baby in a $625 Gucci baby carrier.

Jessica Tyler: Millennials definitely matter in the luxury market. A lot of luxury brands have been partnering with streetwear brands and focusing on social media to try and reach millennials more because it’s such a big market for them.

Narrator: But why do millennials and teens love Gucci so much?

Gucci’s founder, Guccio Gucci, originally designed leather goods for the aristocratic upper classes, specializing in horseback riding gear. As Gucci grew in popularity, it became synonymous with high-class elegance and glamour. In the 1960s, Gucci was associated with people like Jackie Kennedy. One of the Gucci bags that Jackie Kennedy was photographed wearing was even renamed “The Jackie.” Today in 2018, Gucci is still very much an expensive luxury brand, but it’s no longer exclusively for the elite.

DiNardo: I think that Gucci is working from the top down, to rebrand themself in a way that is very millennial-friendly, and I think that they aren’t afraid to turn the tables upside down on what it means to create luxury, to sell luxury, to be a luxury company.

Narrator: In 2015, Gucci brought on Alessandro Michele as their new creative director. Under Michele’s leadership, Gucci has come to embrace streetwear and the influence of popular culture. 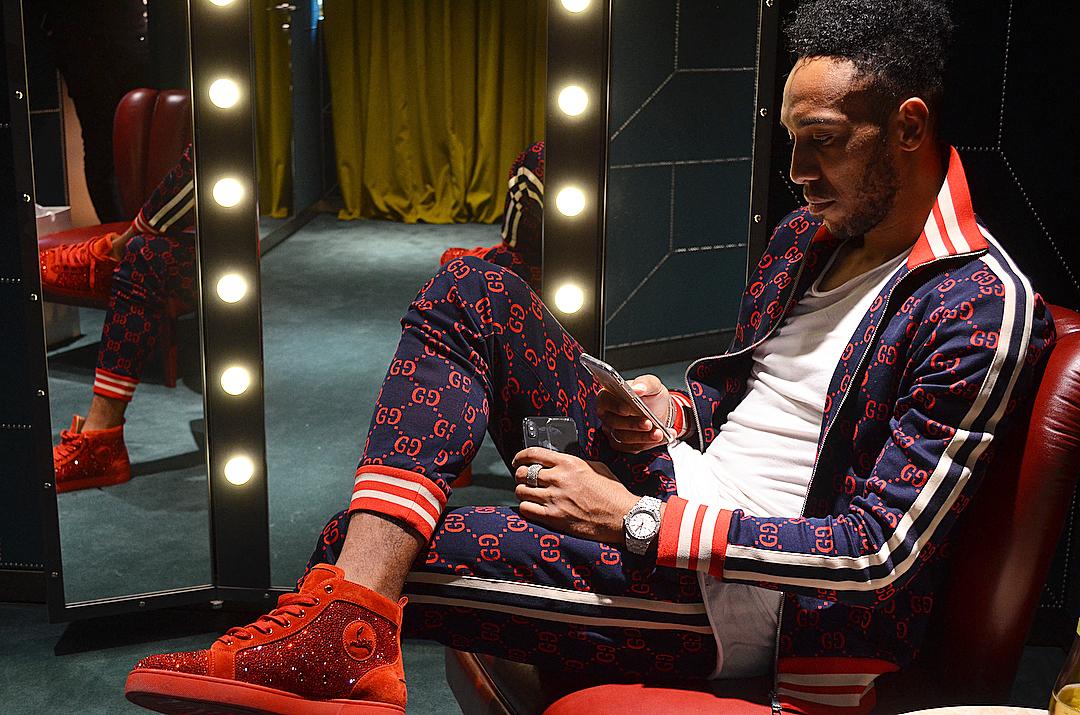 DiNardo: Alessandro Michele is creating pop culture references at a time in which people are really searching for a little bit of nostalgia with something new. And it’s a formula that’s really working. I think also, Gucci is very honest about what they’re doing, and genuine, and that they know that their designs are a little bit out there, to say the least, they’re a little tongue-in-cheek, but they’re in on the joke, they’re a part of the game. And they love it.

Narrator: Recently, Gucci even collaborated with Dapper Dan, a Harlem-based designer who became famous in the 80s for creating knock-off designs of luxury brands like Gucci. Gucci’s logo has come to represent more than just luxury or wealth, and millennials are embracing that, especially as logos continue to take over the fashion world again.

DiNardo: There are several reasons why brand logos are making a big comeback. One, the most obvious being that everything 90s is back. And we know that “logomania” was a huge part of 90s fashion. Another reason why logos are making such a big comeback, is that we’re coming off of such a strong period of minimalism, that, where else do you go but the exact opposite, with fashion? And another reason why I think the logo is making a comeback, is that we’re at a more comfortable place, in society, in culture, in our economy, in wanting reassurance in the money that we have, and the money that we spend.

Narrator: Back in 2015, Gucci was actually considering using their logo less in designs. In the aftermath of the 2008 Recession, consumers were less interested in conspicuous consumption.

DiNardo: So conspicuous consumption, as defined by Veblen almost 120 years ago, really is this idea of waste. It’s having what you absolutely don’t need, but indicates certain symbols to society of status, so, obviously, luxury items are the epitome of that, items that, you know, are not in your essential list, in order to survive. But to thrive, in certain social circles.

Narrator: Designs emblazoned with luxury logos seemed a little too gauche at a time when so many people were struggling financially.

DiNardo: I think now that we’re at a comfortable state in the economy where people are feeling, it’s okay to have a status shoe, a status bag, a status t-shirt again, and there isn’t such the stigma of paying $180 for a logo t-shirt as there once was.

Narrator: Millennials and teens also love Gucci because so many of them grew up seeing Gucci on celebrities or in magazines.

DiNardo: A lot of the people who are embracing the trends now, just touched on the very tip of it in their youth, but now can fully expand into it, ad nauseam, as adults, with disposable income to do so.

Narrator: So, can other luxury brands copy Gucci’s success?

DiNardo: I think what other luxury brand houses could do to continue, or try to emulate the formula of Gucci, really is to try to be authentic to themself. I think what Gucci, you know, does so well, which is really hard to imitate their formula, is that they’re just natural, it’s just a very natural way that they’re approaching the market, and approaching attention, and it doesn’t feel contrived. I think Gucci in 2018 represents excitement in fashion, again, it gives people something to look forward to, something to talk about.

Black designers who are creating masks during the Covid 19 pandemic

As we continue to live through the global health pandemic, we are hearing daily about the lack of personal protective equipment, or PPE,  for doctors, nurses and other essential hospital staff. Essential workers are crying out […]

The 2020 Met Gala has been canceled for this year. Sadly the world won’t get to see what the celebrity guests will be wearing on the red carpet. It’s worth refreshing your memory on all […]

Trying to find the true meaning of the phrase smart-casual can quickly turn into a nightmare. The Oxford Dictionary defines it as “neat, conventional, yet relatively informal in style, especially as worn to conform to […]