The ETI 4th Book in the book club is a fun read by Iconic Comedian Kevin Hart.

Superstar comedian and Hollywood box office star Kevin Hart turns his immense talent to the written word by writing some words. Some of those words include: the, a, for, above, and even even. Put them together and you have the funniest, most heartfelt, and most inspirational memoir on survival, success, and the importance of believing in yourself since Old Yeller.

The question you’re probably asking yourself right now is: What does Kevin Hart have that a book also has?

According to the three people who have seen Kevin Hart and a book in the same room, the answer is clear:

A book has a beginning. Kevin Hart’s life uniquely qualifies him to write this book by also having a beginning.

It begins in North Philadelphia. He was born an accident, unwanted by his parents. His father was a drug addict who was in and out of jail. His brother was a crack dealer and petty thief. And his mother was overwhelmingly strict, beating him with belts, frying pans, and his own toys.

The odds, in short, were stacked against our young hero, just like the odds that are stacked against the release of a new book in this era of social media (where Hart has a following of over 100 million, by the way).

But Kevin Hart, like Ernest Hemingway, JK Rowling, and Chocolate Droppa before him, was able to defy the odds and turn it around. In his literary debut, he takes the reader on a journey through what his life was, what it is today, and how he’s overcome each challenge to become the man he is today.

And that man happens to be the biggest comedian in the world, with tours that sell out football stadiums and films that have collectively grossed over $3.5 billion.

He achieved this not just through hard work, determination, and talent: It was through his unique way of looking at the world. Because just like a book has chapters, Hart sees life as a collection of chapters that each person gets to write for himself or herself.

“Not only do you get to choose how you interpret each chapter, but your interpretation writes the next chapter,” he says. “So why not choose the interpretation that serves your life the best?” 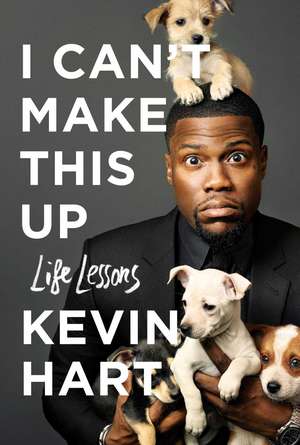 There are at least 36 Intelligent Alien Civilizations in our galaxy, say scientists

It’s the oldest and the greatest cosmic question of all: is there anybody out there? For years all we’ve had is the Drake Equation to help us understand the question, but no indication of an answer. Now […]

Urban agglomerations in Africa have been increasing rapidly over the past few years. This has seen some of the largest cities struggle to accommodate and adapt to more and more residents competing for urban resources. […]

A new report shows the hourly wages workers need to rent a two-bedroom home. Hawaii and California require the highest wages in the country to rent a home. On Wednesday, HUD Secretary Ben Carson will propose […]