Every year the Heisman Trophy is awarded to the best player in college football.

Despite the greatness of these players in college, winning the Heisman is not a guarantee of future success. While many past winners thrive in the NFL, there are also those that are out of the league just a few years after being on top of their sport.

Below we take a look at every Heisman winner dating back to 1998, checking in to see how their careers have gone and what they are up to now.

Ricky Williams ran away with the Heisman in 1998, rushing for 2,327 yards and 29 touchdowns for the Texas Longhorns.

Williams went on to have a successful if disjointed NFL career. After leading the league in rushing in 2002 with the Dolphins, Williams tested positive for marijuana several times and announced his retirement in 2004. He did return to Miami just two years later. Recently, he founded a brand of cannabis products, “Real Wellness,” and serves as a commentator on The Longhorn Network.

Ron Dayne was awarded the 1999 Heisman, finishing his career as the all-time leading rusher in NCAA Division I FBS history with 7,125 yards for the Wisconsin Badgers.

Dayne played in the NFL for seven seasons with the Giants, Broncos, and Texans. In 2018, he went back to school and finally got his degree, which he shared proudly over social media. He also serves as a goodwill ambassador for Wisconsin sports teams, and his daughter plays soccer for the University of Michigan. 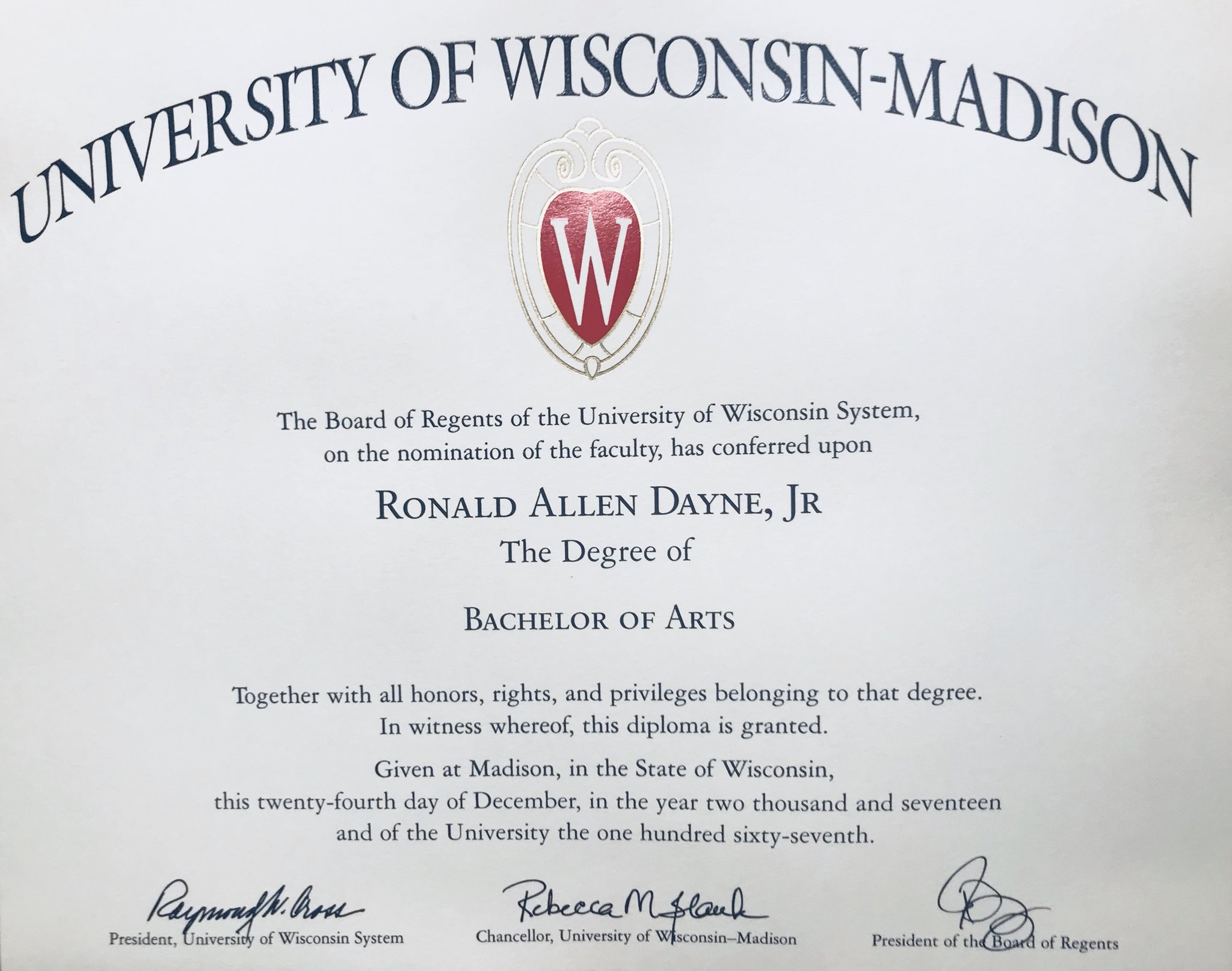 Chris Weinke won the Heisman in 2000 while leading Florida State to their second-straight national championship game. At 28, he was the oldest player to ever win the award.

After six years in the NFL, Weinke retired and went into coaching. He was an offensive analyst for Alabama during their 2017 national championship season, and now works for the Los Angeles Rams as a running backs coach.

Eric Crouch dominated as the centerpiece of Nebraska’s option offense, rushing for 1,115 yards and 18 touchdowns to win the Heisman in 2001.

Crouch bounced around professional football, briefly appearing in the NFL and CFL. He now works as a running backs and special teams coach at Midland University in Nebraska.

In 2002, Carson Palmer took home the Heisman after breaking USC records for most completions, passing yards, and passing touchdowns in a monster season. He led the Trojans to an 11-2 record and an Orange Bowl win over Iowa.

Palmer went on to have a successful career in the pros, playing for 14 seasons for the Bengals, Raiders, and Cardinals, before retiring after the 2017 season.

Jason White won the 2003 Heisman after a season that included 40 touchdowns and just eight interceptions.

White became just the third Heisman winner to go undrafted. He was eventually signed by the Titans for two seasons but later quit football. He was also a co-owner of the Bricktown Brawlers of the Indoor Football League in 2011, but the team folded after just one season.

Matt Leinart became the second USC quarterback to win the Heisman in three years when he took home the award in 2004. Leinart led the Trojans to an undefeated championship season, throwing for 33 touchdowns and just six interceptions.

After a less-than-stellar run as a starter with the Cardinals, Leinart spent five years in the NFL as a backup until 2012. He now works as a college football analyst at FS1.

Although the award was later vacated, Reggie Bush will still always be remembered as the 2005 Heisman winner, earning 91.8% of possible points towards the award — still the highest ever attained.

Reggie Bush had a sporadic career as a pro, spending time with the Saints, Dolphins, Lions, 49ers, and Bills over the course of his 11 years in the league. He cleared 1,000 rushing just twice. Bush formally retired in 2017, and now contributes to NFL Network, sometimes filling in as a host of “Good Morning Football.”

Troy Smith won the 2006 Heisman, carrying Ohio State to an undefeated regular season before losing to Florida in the national title game.

Smith had a short-lived NFL career, spending time with the Ravens and 49ers before leaving for the CFL where he played until 2014.

Tim Tebow was one of the most electrifying college players in recent memory and became the first sophomore to win the Heisman in 2007.

Tebow tried his luck in the NFL, even leading the Broncos to a shocking playoff win over the Steelers in 2011, but would fall out of the league after just three seasons. He’s now giving baseball a shot in the Mets’ minor league system. Unfortunately, a somewhat promising 2018 season was cut short by a hand injury.

In 2008, Sam Bradford threw an unbelievable 50 touchdowns to lead the Oklahoma Sooners to the championship game en route to being named the best player in college football.

In the NFL, Bradford has been a journeyman quarterback. While injuries have set his career off course more than once, he’s still made $114 million in his NFL career — good for 22nd all-time. He’s currently set to start for the Arizona Cardinals heading into 2018.

Mark Ingram averaged 118 yards a game for Alabama during his 2009 Heisman campaign, leading the Crimson Tide to a national championship win over Texas.

Today, Ingram is heading into his eighth season with the New Orleans Saints, having cleared 1,000 yards rushing the past two years. He’ll start the 2018 season on the sidelines though, serving a four-game suspension for a substance violation.

Cam Newton enthralled SEC football fans during his time at Auburn, pulling off the school’s biggest come-from-behind victory in the history of the program with a 24-point comeback in the Iron Bowl against Alabama. Newton threw for 30 touchdowns, ran for another 20, won the Heisman, and led the Tigers to a national championship.

Newton was drafted with the first overall pick by the Carolina Panthers and is now the face of the franchise. He led the team to the Super Bowl in 2015, where they lost to the Denver Broncos.

In 2011, Robert Griffin III became the first Baylor Bear to win the Heisman, completing 72% of his passes and throwing for 37 touchdowns and just six interceptions.

After getting drafted by Washington and playing one of the most thrilling rookie seasons in recent memory, RG3’s career was derailed by injury. He’s currently with the Baltimore Ravens, serving as a backup.

One of the flashiest players in college football history, Johnny Manziel took home the 2012 Heisman as a dual-threat quarterback for Texas A&M, throwing for 26 touchdowns and running for another 21 scores.

Manziel was drafted by the Browns and became one of many Cleveland prospects to crash out of the league. He is currently attempting a comeback in the CFL.

In 2013, Jameis Winston led Florida State to an undefeated season and a national championship win over Auburn. He won nearly 80% of the Heisman vote.

Winston has been with the Tampa Bay Buccaneers since his college days, but will be absent when they start the 2018 season, serving a three-game suspension for violating the NFL’s personal-conduct policy.

Hawaii native Marcus Mariota took home the Heisman in 2014, and would lead Oregon to a win over Winston in the first ever college football playoff before falling to Ohio State in the title game.

Mariota was selected with the second overall pick in the 2015 NFL Draft by the Tennessee Titans, and last year led the team to the postseason for the first time in a decade.

Derrick Henry became the first non-quarterback to win the Heisman in seven years when he took the award in 2015, rushing for 2,219 yards and 28 touchdowns.

He was taken with the final pick of the first round at the 2018 NFL Draft by the Baltimore Ravens, and looks like the possible heir-apparent to Joe Flacco’s job.

Baker Mayfield was a lightning rod of attention through the 2017 college football season, with his fearless throws and sideline hijinks often creating headlines. After walking on to the Oklahoma team, Mayfield led the Sooners all the way to the national semifinal and won the Heisman.

Mayfield was selected as the first over pick in the 2018 NFL Draft by the Cleveland Browns, where he’ll likely start his career backing up Tyrod Taylor.

Roman Reigns, WWE’s biggest active star and certainly its most polarizing performer, announced in a shocking statement Monday night that his real-life battle with leukemia will force him to step away from the ring effective […]

The first thing you notice in Atlanta’s sparkling new Mercedes-Benz Stadium is the halo, a six-story-high, 360-degree screen hanging hundreds of feet above midfield. It’s an architectural and artistic marvel, replays and stats and on-brand messaging […]