Now in its fourth season and renewed through a fifth, the Emmy-nominated dramedy follows Issa Dee (played by the show’s co-creator Issa Rae) and focuses on the experience of a young black woman as she navigates love, life and her career.

The tweet that Trump liked, posted on Sunday night, is about Issa’s often rocky friendship with Molly (Yvonne Orji). It seems to express a sincere desire that these two women will get along.

“This is how I wanted tonight’s episode of insecure to end…Damn Molly” a fan tweeted, next to a gif of a scene from “The Color Purple.”

Actor-screenwriter Kumail Nanjiani — who recently starred opposite Rae in the Netflix rom-com “The Lovebirds” — tweeted, “Well I found one thing I have in common with him: we’re both big fans of @IssaRae.”

Well I found one thing I have in common with him: we’re both big fans of @IssaRae.

For her part, Rae, 35, has not tweeted about it on her own account, but she did acknowledge it in a response to a fan who pointed it out by writing, “What the f – – k is this?” 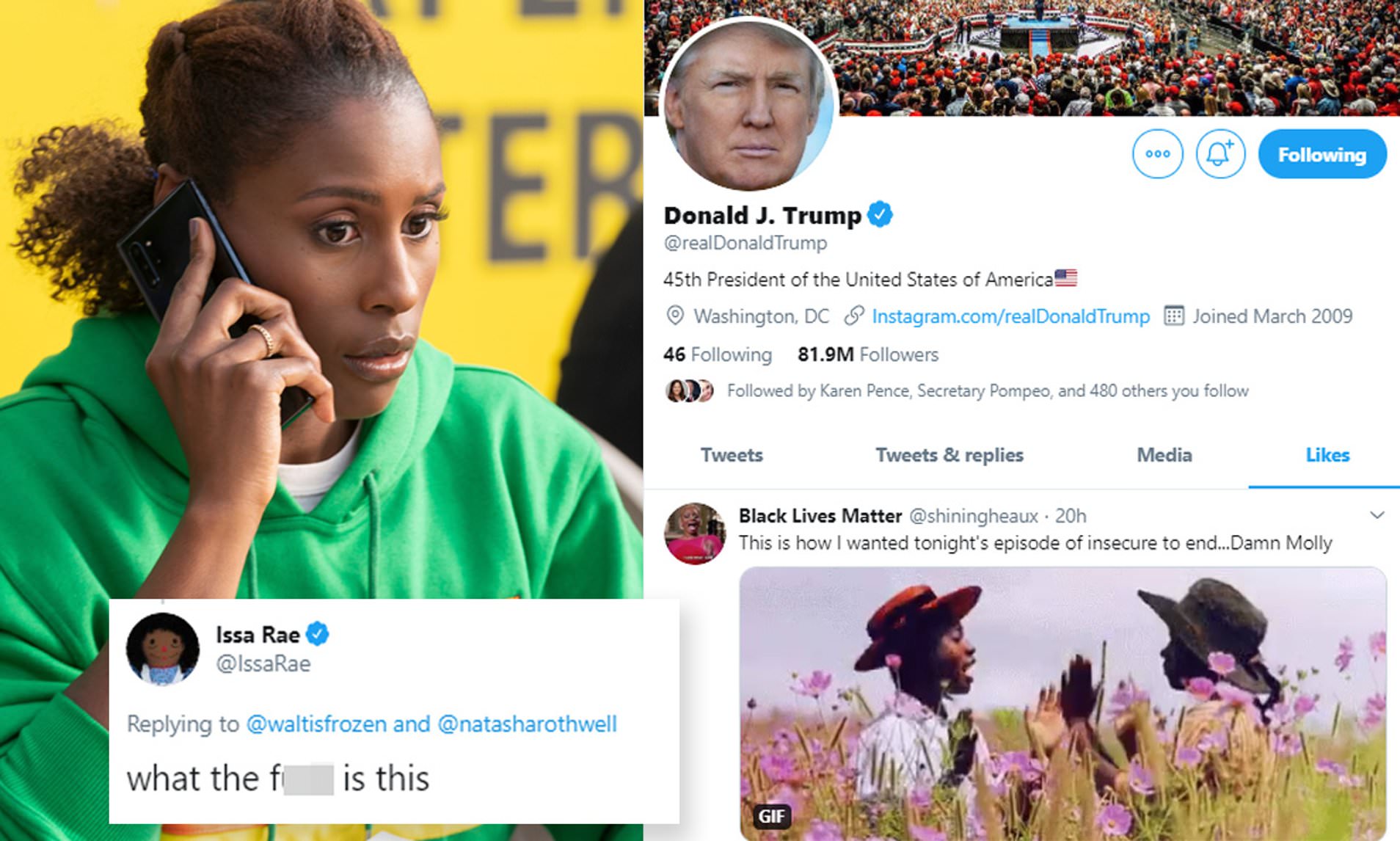 Fans were divided on whether it’s a case of an accidental click, whether a White House intern is the real culprit — or whether the commander in chief is truly just a fan of “Insecure.” As of Monday morning, the Trump administration has not yet responded to the brewing Twitter trend.

However, “the revelation that Trump watches ‘Insecure’ is so mind shattering I don’t know how to process this,” one fan wrote.

When you are traveling around going to your auditions, singing, dancing, writing, painting and pursuing your dreams and goals, you may have to use public wi-fi. Here is how you can stay safe on public […]