LeBron James left Cleveland for Los Angeles, the Midwest for the West Coast, the Cavaliers for the Lakers.

Enamored with NBA history, he not only wanted to play for one of the league’s iconic franchises, he wanted to win a title with the Los Angeles Lakers.

“There’s no reason you should become a Laker, became a Yankee, become part of Man U, become part of some franchise or clubs and you don’t think about winning championships or winning at the highest level,” James said in Akron in the summer 2018 after signing with the Lakers. “That’s what the history is all about.” 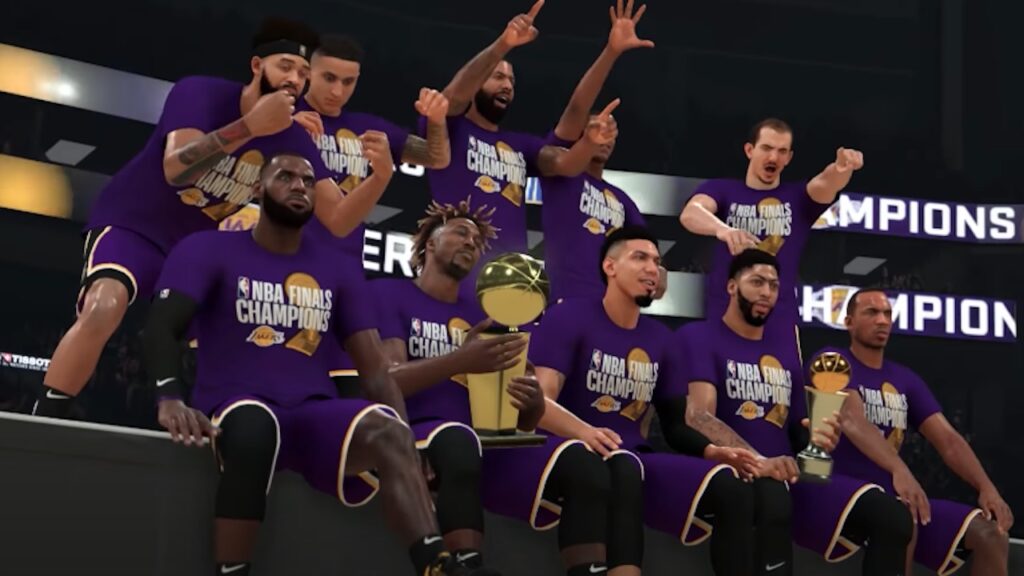 The Lakers are back atop the NBA after a decade-long absence, and James is now part of that prolific Lakers history.

Los Angeles defeated Miami 106-93 in Game 6 of the NBA Finals on Sunday — an anti-climactic end to the Finals but an improbable conclusion to the 2019-20 season that began with training camps more than a year ago and ended in a bubble because of COVID-19 on the Disney World campus in central Florida.

The Lakers were prepared mentally and physically for the unusual bubble circumstances. It is the Lakers’ first title since 2010 and 17th overall, tying them with the Boston Celtics for most in NBA history.

James and Danny Green join John Salley and Robert Horry as the only players to win titles with three teams, Rajon Rondo picked up his second title, and 16 years after going No. 1 in the draft, Dwight Howard won his first championship.

James had 28 points, 14 rebounds and 10 assists, and Anthony Davis had 19 points and 15 rebounds. It is James’ fourth championship and Davis’ first — and their first in their first season together.

Rondo was stellar with 19 points on 8-for-11 shooting, and Kentavious Caldwell-Pope added 17 points along with his top-notch defense.

The Heat finally ran out of gas against a team that had more talent. But it was an impressive effort to reach the Finals and force the Lakers to six games. The fifth-seeded Heat beat No. 4 Indiana in the first round, No. 1 Milwaukee in the conference semifinals and No. 3 Boston in the East finals.

Had Goran Dragic (torn plantar fascia) and Bam Adebayo (strained neck) not sustained injuries in Game 1, Miami might have forced a Game 7. Dragic missed four games and returned for Game 6, but he was clearly not the player who had averaged 20-plus points in the first three rounds, and Adebayo wasn’t 100% either.

But that’s part of playoff basketball, and Jimmy Butler willed the hard-working Heat as far as they could go. He had triple-doubles in the Heat’s two victories, but was limited to 12 points on 5-of-10 shooting in Game 6.

They had a short bench against a deep bench for a lot of the series.

And in Game 6, the combination of fatigue and stellar Lakers defense finally took its toll. Los Angeles held Miami to 43.6% shooting, including 35.7% on 3-pointers.

The National Basketball Association has postponed all three playoff games on Wednesday’s schedule after the Milwaukee Bucks refused to take the floor in protest of the Jacob Blake shooting. The Bucks were to play the […]