World Wrestling Entertainment (NYSE: WWE) has hit a wall with its streaming network. The project is a success in some ways, but not as successful as the company once hoped it would be.

In fact, back in December 2014, when the network had been live for about nine months, WWE CFO George Barrios predicted 3-4 million subscribers. That number was tossed around a lot in the early days of the network, though it was never set as an official goal by the company. The reality, however, is that WWE Network faces a tough road to get to even 2 million subscribers, and it may take a catastrophic event to the overall health of the company for that to happen. 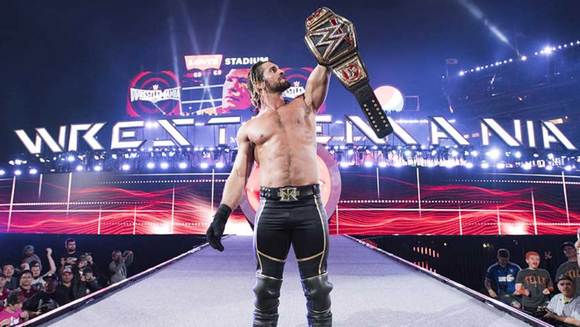 Where does the network stand now?

WWE Network has been steadily growing, but its growth has been slow, and subscriptions are a bit volatile because the company does not require a commitment from subscribers. In Q2 the network averaged more than 1.63 million average, an 8% increase from the second quarter 2016.

That number is good, but it will likely represent the peak for the year — Wrestlemania, the WWE Super Bowl, took place during the quarter. The company projects that average paid subscribers will fall to 1.54 million in Q3.

In Q2 2017 WWE operates under a different reporting structure. It separates TV rights from network revenues, but the combined number shows there has been growth. For the quarter the company reported $66.2 million in television revenue and $54.9 million in network revenue. At $121.1 million combined, that’s a very solid jump, albeit costs are much higher due to the expenses of running the network.

What’s next for the WWE network?

With the streaming service being available in most of the world, it’s possible to see how a major spike in growth numbers could continue to inch up year-by-year as more people become comfortable with streaming services, but the 3-4 million number only seems possible if disaster strikes and WWE can’t make a deal for a major cable network to carry its flagship Raw and Smackdown shows.

WWE currently makes about $160 million per year in the U.S. from its deal with Comcast‘s (NASDAQ: CMCSA) USA Network. When that deal ends in 2019, it’s hard to predict what kind of deal will be out there for WWE. Without wrestling, USA takes a big plunge in its overall ratings, but a potentially tighter markets for sports rights overall could impact WWE.

It’s also worth noting that wrestling has not traditionally drawn ad rates that equal its ratings, nor has it generally served as a good platform for launching other hit shows. Of course, it only takes two bidders who want the shows for WWE to see a higher offer, but it’s also possible that no good deal would exist. If that happens, WWE could take Raw and Smackdown to its network.

Raw, the most-watched WWE show, got about 2.7 million viewers for the October 16 edition, down due to competition from the NFL and playoff baseball. It’s fair to say the show averages about 3 million viewers a week, and many of those watching are hardcore fans who would pay to watch the program on WWE Network if they had to.

Of course, you have to assume many Raw watchers already get the network. But since Raw has roughly double the audience WWE expects will pay for the network in Q3 2017, you can assume losing its TV deal will cause a spike in subscriptions.

Even if 1 million more customers signed up for WWE network in that doomsday scenario, that would still only equal $95.9 million a year. That means to make up for a lost TV deal, the company would need to add just-under 1.7 million new subscribers. That’s not impossible, but it is implausible if the company no longer has cable television as a marketing platform.

What is WWE’s long-term plan?

The network is a hedge against the company not being able to get the cable deal it hopes for, but it’s not quite ready for that to happen. Expect the company to make a deal, either to stay with Comcast or go to a similar platform, even if it takes a rights fees cut.

WWE still needs cable in order to reach the kind of wider audience that will push network growth. If that spigot gets turned off in 2019 then the network will post big gains, but its ceiling will be lower. The network is the future of WWE, but it’s not ready to be its present, and what it will be going forward depends on the company keeping its exposure on cable for at least a few more years.

Charles Barkley is looking to give back to his hometown in Alabama. During a recent interview with WJOX 94.5, Barkley revealed that he plans to sell memorabilia from his NBA career to build affordable housing in his […]

Michael Jordan only feared a single player on the Basketball Court

He’s viewed by many as the greatest basketball player of all time. Michael Jordan was flat-out dominant when he played 15 years in the NBA, 13 of them with the Chicago Bulls. In those 13 seasons, he captured […]