You’ve heard them before — everyday sayings, such as “Money doesn’t grow on trees” and “It takes money to make money.”

These common mottos lead us to believe that becoming rich is a luxury reserved for the privileged few. But, according to financial experts and self-made millionaires, many household axioms are outright lies.

Take a look at these seven lies you should ignore if you want to become rich.

1. It takes money to make money

Scott Trench, vice president of operations at BiggerPockets, said “It takes money to make money” is one of the biggest lies people believe when it comes to how to get rich.

The reason people think it takes money to make money is because they’re looking exclusively at the end result of being rich, he said, rather than asking themselves, “What did the rich do when they were in my position?”

According to Trench, the key to becoming wealthy is spending less than you earn and investing the difference.

“The problem is that people think that investing is something that you do entirely passively and that the rich just throw their money at something,” said Trench. “The rich do not do that. The rich carefully research and vet any potential investment opportunities and consistently track and measure their investment progress. Most wealthy people will have multiple investments and be active participants in their investments.”

In nature, money certainly doesn’t grow on trees. But, figuratively speaking, financial experts say it does.

Steve Siebold, self-made multimillionaire and author of the book “How Rich People Think,” believes that money does grow on trees — only those trees are not literal trees but ideas.

“This belief sets people up to believe money is scarce and difficult to earn, instead of seeing money as abundant and earning it is as easy as solving a problem through persistent, creative thought,” Siebold said. “It might not grow on trees, but there are principles for it to grow. You must challenge yourself to discover what they are, and despite who you are or what your status is in life, what you have will increase more and more.”

3. Money is the root of all evil

The saying, “Money is the root of all evil,” comes from the Bible. However, this particular statement has been misquoted for centuries. Timothy 6:10 actually states, “For the love of money is a root of all kinds of evil.”

As a child, Ed Brancheau, CEO of Goozleology, heard his Irish Catholic grandmother use this phrase frequently.

“Of course, if you heard this time and again as a kid, it’d be pretty hard to accumulate money without [feeling] evil,” he said. “But when you hear the full quote, it then becomes possible to have money and not be evil,” he said. “It was weird, but once I realized this, it lifted a weight off of me that I didn’t even know I was carrying around.”

4. A penny saved is a penny earned

This popular saying suggests that saving money is one of the most important factors in becoming rich. The problem with this claim is that it encourages consumers to focus too much on saving every cent — they clip coupons and live as frugally as possible without looking at the big picture.

“People must reject this nickel-and-dime thinking and focus their mental energy where it belongs: on the big money,” said Siebold.

If you put all your energy into how to save small amounts of money here and there, you might just miss out on opportunities to earn more or capitalize on great investments and original ideas.

5. Another day, another dollar

The phrase, “Another day, another dollar,” implies that time equals money. Unfortunately, this isn’t always the case, say the experts.

“The masses trade time for money. This creates the belief that making money is a linear process directly connected to time,” said Siebold. “Big money requires thinking about it in non-linear terms.”

Sometimes getting rich isn’t just about working long hours, but also utilizing your knowledge and skills to make the most money in the least amount of time.

6. Your car, home or degree is an asset

Some of the items we commonly think of as investments can actually stand in the way of our wealth-seeking goals.

According to Trench, you shouldn’t necessarily view things like homes, cars and college degrees as smart investments if you want to become rich. After all, owning a home or car, or earning a degree, generally causes you to lose money each month. Depending on the cost of these purchases, you could be in debt for years to come.

“Sure, you can argue that owning a car is cheaper than leasing, owning a home is cheaper than renting and going to college will enable you to earn more money than those without degrees,” Trench said. “But, perhaps frustratingly, you need to understand that you cannot consider these things to be assets if you aspire to become rich. If you think that these purchases are smart investments that will make you rich, the best you can possibly hope for is the middle class.”

If great wealth is your goal, it’s important to pursue assets that increase in value and produce consistent cash flow, said Trench. To that end, he recommends acquiring assets like businesses, stocks, bonds and real estate instead of “luxuries” like cars, degrees and 401k balances.

It’s a common belief that to become rich, you must be selfish. While it’s true that acquiring wealth takes time and focus, financial experts say that there’s nothing wrong with concentrating on your own monetary goals when you’re just starting out.

“The masses are programmed from an early age to put the needs of others before their own. While this sounds like a spirit-driven, high-level philosophy, it’s the worst advice you can get when it comes to money,” said Siebold. “In order to make a lot of money, there is a period of time in the beginning of the wealth-building process where you must focus on yourself and your business in order to make it at an uncommon level. Once you acquire wealth, then you can volunteer or give back to charity.” 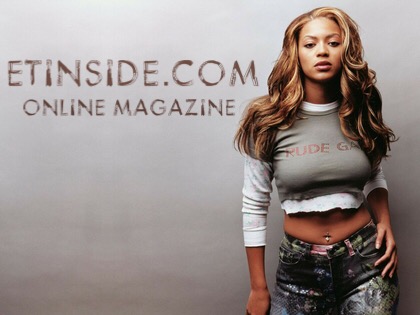 Things to know about Money before turning 30

Ugh, money. It’s such a taboo topic because basically everybody struggles with it—earning it, saving it, spending it. It’s one of those things only discussed by way of complaining. Like, when it comes time to […]

ETI has 5 reasons you should move your money and #BankBlack

With movements on social media, such as #BuyBlack, #MoveYourMoney, #BankBlack and #SupportBlackBusinesses, African American banks continue to be vital to the economic growth of the Black community. Because of deadly police violence, influencers like Killer Mike have made […]

Dolly Parton made working 9 to 5 famous, but the 73-year-old star actually wakes up between midnight and 3 a.m. — to tap into her inspiration. “She has a magic time, she calls it her […]