THE FOURTH OF July is a holiday consecrated in meat smoke. On this day, lovers, neighbors, children, and friends gather around a BBQ, cold beers sweating in hand, to stare into piles of pork belly, strip steak, burger patties, and row after row of red hot dogs. We watch the embers char the flesh as we discuss the tragedies and triumphs of our United States.

It is my favorite holiday. I love the heat of it, the fact that it doesn’t revolve around gifts or religious beliefs (unless you consider America itself to be a religion, which, fair). But mostly I love it because it’s built for eating meat. And I am here for meat, especially when squeezed into a perfect intestinal casing. Like Mitt Romney, hot dogs are my favorite food, and I won’t be ashamed. I love kosher beef franks, and spicy red hots. I go to baseball games for the chance to eat tubesteaks. I served bratwurst at the rehearsal dinner for my wedding, which fell on July 4.

But right now, I’m here to stan for vegan hot dogs, and for all imitation meat. These strange-colored, meat-resembling objects will be on your grill this holiday if you have vegetarian friends, or friends whose doctors have told them to cut out meat, which has been linked to increased risk of everything from high blood pressure to cancer. They, and the meat-averse souls waiting to consume them, deserve to be treated with respect. They haven’t been getting much of it lately, and I’ve had enough.

What put me over the top was a comment on a television show normally devoted to inclusion: Queer Eye, in which five experts fix the life of a clueless man. In the second episode of the new season, the gang went to the home of two vegetarians in Georgia. When it came time for famously milquetoast food person Antoni to do his thing, he opened their freezer and found some imitation meat products. “It’s like, why?” he chided. “If you’re going to be vegetarian just like, eat veggies.”

No. No. Nope. There is so much wrong with that statement. First, the lack of understanding of the protein needs of vegetarians, who in fact can’t “just eat vegetables,” actually. It also shows a shocking ignorance about the evolution of “fake meat” as an industry and what that has meant to vegetarians. And most of all it reveals Antoni doesn’t know how delicious fake meat can be.

All people need protein in their diet, and for many Americans protein equals meat. Our preference is partially evolutionary. “Humans at least in part evolved to identify and prefer meat because it’s a really rich source of many many nutrients,” says Gary Beauchamp, a behavioral biologist1 at the Monell Chemical Senses Center who studies the mechanisms of taste. It also has something to do with how much land we have for grazing cattle.

But meat isn’t necessary for survival, and not everyone shares the love. With the advent of agriculture, meat-light and vegetable-based diets sprang up around the world in areas where water and arable land are plentiful–like India, parts of China, and ancient Egypt. In these cultures, and for vegetarians anywhere, people get protein nutrients other ways–from vegetables, grains, and legumes.

In Western cultures, though, vegetarians remained mostly on the fringes for many years. Catesby Holmes, a writer and life-long vegetarian from Virginia, remembers her grandmother thought her vegetarianism meant she was just fussy and would only serve her chopped vegetables for dinner. “She called me Rabbit,” Holmes says.

Then in 1982 a restaurateur in London named Gregory Sams invented the veggie burger, and everything changed. Veggie burgers made sense to people like Holmes’ grandmother. They allowed a vegetarian diet to fit into the American food paradigm. Suddenly, vegetarians had a place at the proverbial grill.

“People misunderstand that vegan patties and hot dogs are branded like that to be comprehensible as a product. Not because vegetarians want meat,” Holmes says. Vegetarians just want to be understood. They also want to be able to eat snack foods and fried foods once in a while like everyone else.

Those first veggie burgers, simply trying to stand in for meat, earned a reputation as cardboard-tasting hockey pucks instead. “My own impression of those kinds of things is that they are terrible,” Beauchamp says. “And I think they are terrible for a reason, and that is that they don’t have all the sensory properties that we’ve come to expect.” Vegetable fats can’t taste like meat fats. The only fake meat that can likely ever approximate the taste of real meat is the lab-grown kind, which is meat at a cellular level, but doesn’t come from dead animals. That’s great, but not vegetarian, and won’t satisfy my doctor’s mandate to cut out red meat.

The thing about vegetarian meat is that when it’s good, it’s not trying to pretend to be meat. Instead it embraces its veggieness, as vegetarian burgers and hot dogs have over the past decade. Holmes’ favorites involve black beans and beets and lentils.

Today, plant-based protein is a massive industry. Even in beef-eating, chest-thumping America, more than seven million people are vegetarians, according to a 2008 study by the Vegetarian Times. Nearly 23 million more eat meat sparingly. Nestle and other major food companies have made huge investments in feeding them. “Plant protein is among the fastest growing categories in all of retail,” Dan Curtin, president of alternative protein at massive meat distributor Maple Leaf Foods, told Fast Company last year. “Consumers are still eating meat, but they are also looking for additional protein choices, and plant protein is the natural solution to meet that demand.”

Vegetarians just want to be understood. They also want to be able to eat snack foods and fried foods once in a while like everyone else.

Yes, I, a person currently wearing a “Carnivore” sweatshirt from my second favorite butchery, and who cried real actual tears when my first favorite butcher shop closed in San Francisco eight years ago, love fake meat. My freezer is stocked with fake chicken nuggets (our favorites are Quorn brand), which my toddler is obsessed with.

When I tell Beachamp how much my son loves fake meat, he’s skeptical. I can sense that he thinks I’m tricking my son into eating something he’d choose not to if he was old enough to know the difference. Beauchamp advises me to do a proper scientific test, pitting real meat against fake meat on a plate to see which my son prefers.

I worry about the ethics of experimenting on my child. “Everything I’ve ever done I’ve tried on my kids first and then my grandkids,” Beachamp responds. And then I realize, isn’t parenting itself a massive experiment, the results of which we can’t know until our children are grown and in therapy?

So I take Beachamp’s advice. To get a sample size greater than one, I gather three toddlers together ranging in age from one and a half to four years old. The mother of the youngest is a pediatric anesthesiologist, so the whole thing is overseen by a medical professional.

I serve three different kinds of fake hots and two meat dogs: a kosher beef frank, a pork sausage, a wheat gluten dog, a tofu hot dog, and a spiced tofu sausage. Like the rest of America, these children don’t agree on much. Each wants his dog served differently. The youngest needs teeny-weeny non-chokable pieces scattered in a bowl—his favorite blue bowl, not the red one. My son, the slightly older boy, wants bigger pieces in a “real” (read: breakable) bowl and covered in “all of the ketchup, all of it.” The oldest wants a plate, long hot dog slices, and no ketchup. No one wants a bun.

But they all agree that the vegetarian imitation hot dogs are yummy. The kids clear their plates. I can’t tell which ones they like best, because they eat all of them one after the other and ask for more indiscriminately. Their parents prefer the pork sausage, the gluten dog, and the spiced tofu sausage. No, those latter dogs don’t taste like meat. But that isn’t the point.

The point is to let everyone—even people who don’t or can’t eat meat—slide an oblong tube of protein between two buns on a hot day in good company. At this year’s BBQ, Holmes will marinate her fake meat in the steak marinade her carnivore husband makes. “I don’t want to be left out,” she says. No one does. Isn’t that what America’s birthday is all about? 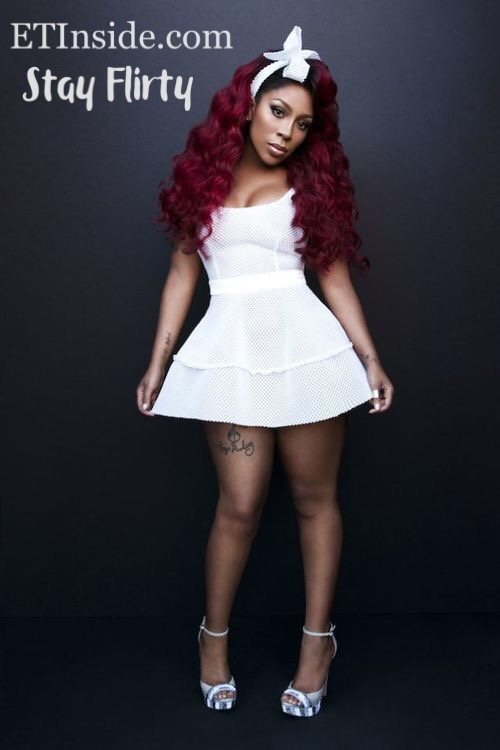 For many of us, humidifiers and sickness go hand in hand. Feeling a cold, cough or the flu coming on? Instinctively, you grab your humidifier from storage, give it a quick clean and set it […]

The Worst Packaged Foods, According To Nutritionists (Plus, the easy fixes that will make them better for you)

No matter how healthy you try to eat, there are probably days you just can’t help but turn to a box of instant mac and cheese for dinner—or cereal when you forget to prep overnight oats for breakfast. […]

Nick Jonas has spoken publicly about living with type 1 diabetes on numerous occasions, and has been a strong advocate for being proactive in managing the disease. “You must go see your doctor and get your […]