UPDATED, 12:29 PM: XFL, the pro football league relaunched this year by WWE’s Vince McMahon, has filed for bankruptcy protection. The move comes three days after the league suspended operations and laid off its staff. 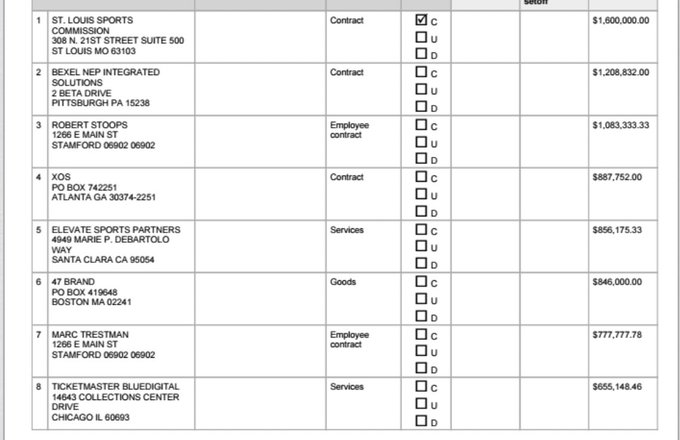 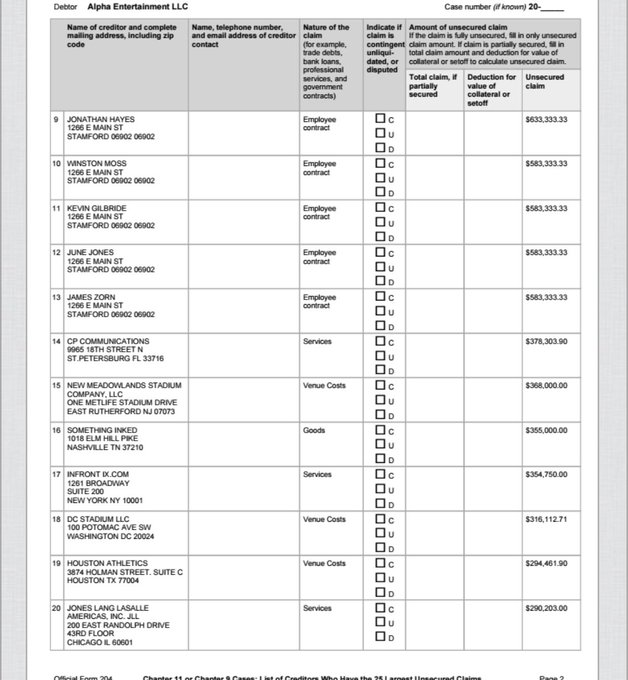 The XFL is suspending operations and laying off all its staff, according to multiple reports Friday – another casualty of the coronavirus pandemic.

The XFL had cancelled the rest of its regular season March 12, joining the NBA, NHL, NCAA, MLS and Major League Baseball in canceling or postponing because of COVID-19. Live sports is one of the highest-profile and most-missed entertainments in the current crisis.

The XFL didn’t immediately respond to a request for comment.

According to NFL Networks, the XFL will pay employees through Sunday, but beyond that, it’s unclear when or if the league might return.

It’s been a tough month for Vince McMahon, who also founded and runs WWE. Like other media and live event companies, WWE has seen its stock plunge from a 52-week high of over $100 to $36 on Thursday. McMahon basically agreed to sell 15% of his stock in WWE in late March.

The reconstituted XFL barely had a chance. This would have been its first season since it debuted way back in 2001 as a venture with NBC but shut after one season on lackluster ratings and attendance.

The idea then and now was to fill a perceived football void in the months following the Super Bowl. This time around seemed more promising. The league had only completed half of its scheduled 10-week season. “The XFL is committed to playing a full season in 2021 and future years,” the league said in its statement March 12.

Games drew an average attendance of 18,614 fans, garnering the largest crowds in St. Louis (28,541) and Seattle (25,616), while New York (14,875) and Los Angeles (13,124) found more difficulty attracting fans, ESPN said. According to the league, all 10 of its broadcast games during its first four weeks ranked among television’s top 10 shows that week, as did four of the six on cable.

Partying students would be dismissed without tuition refunds. Northeastern University had made that clear Friday, kicking out 11 first-year students who broke COVID-19 rules to gather in a Boston hotel room. Yet by that night, a few dozen […]

The coronavirus pandemic has caused delays to most of this year’s biggest movies and now, to next year’s grandest night in Hollywood. The 93rd Academy Awards, originally scheduled for Feb. 28, 2021, has been delayed to […]

Members of Breonna Taylor’s family and their attorneys on Friday called on Kentucky’s attorney general to release the transcripts of the grand jury proceedings that led to the decision not to indict any officer in her fatal shooting. […]