Ticketmaster said it is finalizing plans to refund for as many as 18,000 events that were postponed or canceled by the COVID-19 pandemic.

Starting May 1, fans can request a refund for a 30-day period, according to TIcketmaster parent company Live Nation. The affected shows include L.A. area stadium dates by Taylor Swift, who has canceled all of her remaining 2020 live events.

The dates affected by the Ticketmaster decision run through July, meaning a bit hit to the already staggering Live Nation bottom line. Company officials previously announced haircuts to senior executive salaries, including CEO Michael Rapino, who is not taking any money while the situation lingers. The company also has established a new line of credit to weather the storm.

Beyond July, Ticketmaster has an estimated 55,000 future dates on its calendar, but the company said it would deal with those at a later date, when presumably some clarity has been established on the country reopening.

Refund options include exchanging tickets for up to 150% of the face value through Ticketmaster’s credit system for future shows, or donating tickets to healthcare workers.

Ticketmaster and Live Nation were under fire for not immediately offerig refunds, and Rep. Katie Porter (D-CA) and the company’s frequent foe, Rep. Bill Pascrell (D-N.J.), were said to be looking into the matter.

Entertainment mogul Irving Azoff took a shot at Pascrell in a tweet:

Artists like Bon Jovi and Bruce are spending their time helping New Jersey with #Jersey4Jersey. You should too.

Now is the time to help your citizens stay healthy, not kick Ticketmaster.

Ticketmaster is refusing to give refunds for indefinitely postponed shows. @RepKatiePorter and I are calling on the heads of @Ticketmaster @LiveNation to stop confiscating fans’ money and demanding they issue full refunds to *all* customers who request them. 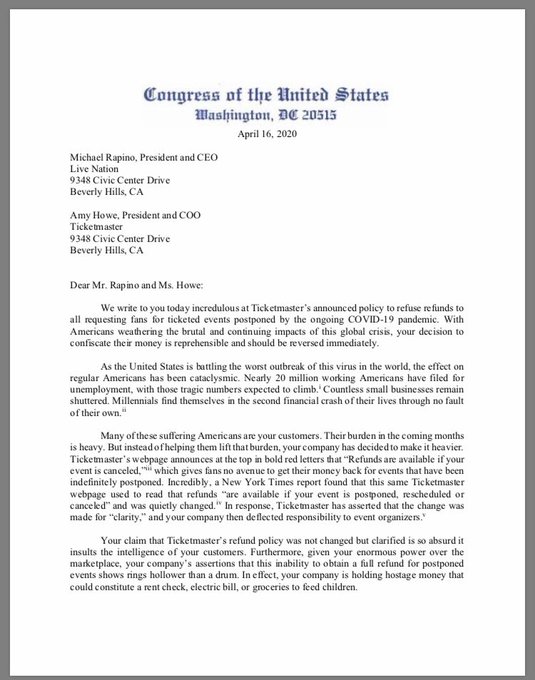 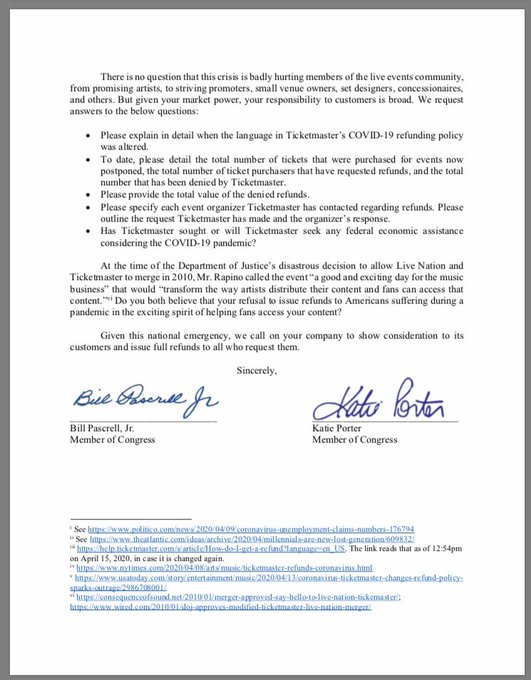 Some teachers face fees, suspension for backing out of contracts amid pandemic

At a school board meeting in Phoenix this month, parent after parent got up to speak, letting the tensions of a year of uncertainty spill out inside a musty auditorium at the Queen Creek Unified […]

Bail was set Tuesday at $1 million for several protesters arrested during demonstrations against a fatal police shooting in Lancaster, Pennsylvania, a move decried by many including the state’s lieutenant governor, who called it “blatantly unconstitutional.” Lancaster police […]