The “Empire” star is currently trying to plan her upcoming nuptials to her fiancé Kelvin Hayden, and has admitted she’s already had to push back the date of her big day because of family plans and her crazy work schedule.

“It’s overwhelming, because in my work life, I have dates and emails and now in my personal life it’s like, ‘Ah!’ I don’t think people understand what goes into wedding planning, trying to match everything up is so crazy,” she said.

Henson and Hayden had originally planned to get married in April, but they’re now looking to have a small ceremony sometime before July, so “it’s not too hot”. 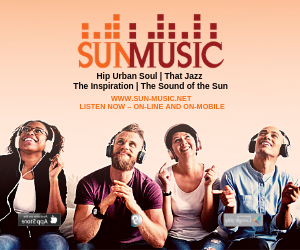 And no matter how much her plans change, the 49-year-old actress has her sights set on one particular wedding dress.

“I want my Vera Wang. That’s the only exciting part to me, to be quite honest,” she added.
Hayden, however, is less bothered by the planning panic, as the actress says her husband-to-be “doesn’t care” what their big day entails.

Henson told People magazine: “Kelvin’s a typical guy, he doesn’t care. He’s like, ‘Whatever you say babe, whatever you want babe.’ He’ll roll with it, but he wants his ring.”

Meanwhile, Henson recently spoke about pushing back the date of her wedding when she claimed she was concerned about the possibility of April showers ruining her special day.

“I mentioned one date. It was April 4, 2020 and we were really going to do it April 4, 2020, but my wedding planner was like, ‘Okay, in case it rains, we’ll have umbrellas’ … and I was like, ‘You know what, never mind about April, let’s move it later.’ I am excited [for the new date]. I usually don’t get excited until it’s closer to me. It still seems so far off.”

Why Mark Zuckerberg Wants to Give You Free Cash, No Questions Asked (This is not a fake article)

What if everyone, no matter what age, economic status, location, or household size, was guaranteed a minimum income? Mark Zuckerberg of Facebook and Tesla’s Elon Musk, among other Silicon Valley giants, believe this idea, called […]

Things You Learn From Being Raised By A Strong Mother