Tim Conway, the cherub-faced comedian who became a TV star for playing the bumbling Ensign Parker on McHale’s Navy and for cracking up his helpless colleagues on camera on The Carol Burnett Show, died May 14, 2019 at the age of 85 at a health care facility in Los Angeles. According to recent reports, he was suffering from dementia and unable to speak after undergoing brain surgery in September. 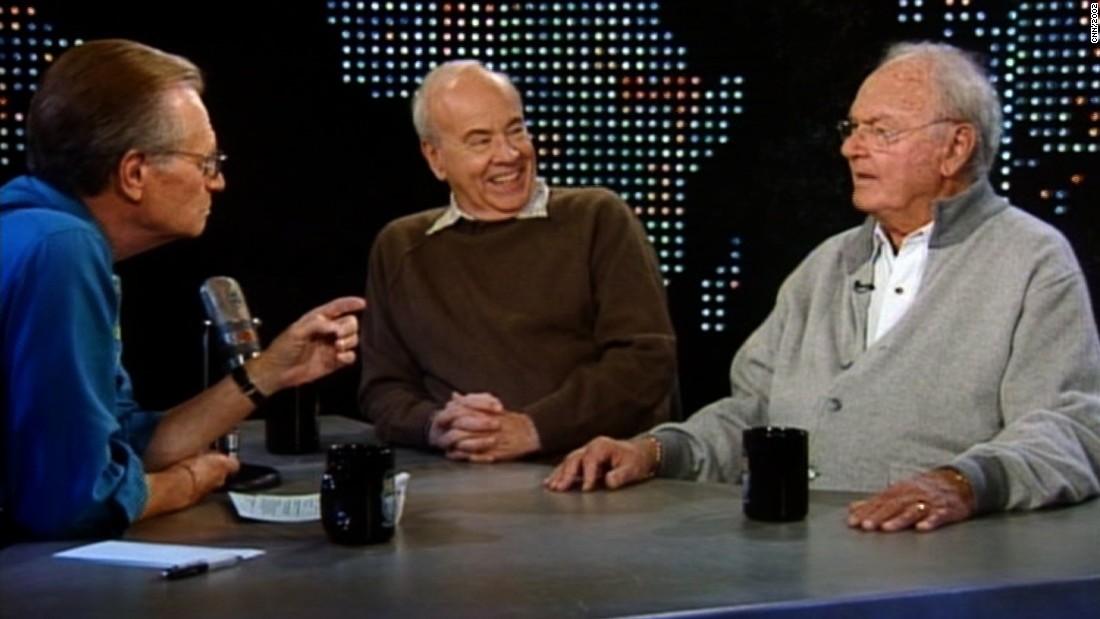 For four seasons beginning in October 1962, the impish actor provided the heart and a lion’s share of the laughs on ABC’s McHale’s Navy as the sweet, befuddled second-in-command on a PT boat full of connivers and con men led by the show’s title character, played by Ernest Borgnine.

Despite the best intentions, Ensign Charles Parker always managed to make things worse with his ineptitude. Joe Flynn, as the harried Captain Binghamton, was usually on the receiving end of his missteps. Their exchanges often led to slapstick catastrophe — much to viewers’ delight — and Conway earned an Emmy nomination in 1963 for his work.

Conway’s popularity skyrocketed after he joined CBS’ The Carol Burnett Show in 1975 for good after making numerous guest appearances on the program (he would be a regular on four of its 11 seasons). His array of goofy characters, combined with his impeccable comic timing, helped make the show a classic. He won two Emmys and a Golden Globe for performing and another Emmy for his writing on the series.

“I’m heartbroken,” Burnett said in a statement. “He was one in a million, not only as a brilliant comedian but as a loving human being. I cherish the times we had together both on the screen and off. He’ll be in my heart forever.”

In an October 2013 appearance in Beverly Hills to tout the release of Conway’s memoir, What’s So Funny?: My Hilarious Life, Burnett — wiping tears of laughter from her eyes — recalled how “Tim’s goal in life was to destroy Harvey Korman,” Conway’s frequent sketch partner on the show.

Conway was a consummate prankster and Korman his favorite victim. During one of their hilarious sketches in which Conway played a dentist and Korman his patient, Burnett swore that Conway’s unrehearsed improvisations pushed Korman so far to the edge of breaking, if you look closely…

Sensing the eventual rise of VHS in the 1980s, Conway struck gold with a direct-to-video series based around a character named Dorf, a pint-size sports enthusiast with a Scandinavian accent similar to the Tudball character he created for The Carol Burnett Show.

In a 2004 interview for The Interviews: An Oral History of Television, Conway revealed how he came up with the idea.

“Harvey and I were doing a show for CBS, and we were doing a takeoff on Fantasy Island. I was doing Herve [Villechaize],” said Conway. “I had shoes on my knees and I said, ‘You know, you put a hole in the floor here, I could stand in the hole, you could put the shoes on my knees, and it would look like I’m standing on the ground and doing some unusual moves.’ So on Stage 33, CBS dug a hole, and I put my feet in it.”

Released in 1987, his Dorf on Golf featured the character presenting insights on links play while being harassed by his dim-witted caddy (Vincent Schiavelli). Anytime Dorf rocked back and forth or swung a club, hilarity ensued. The 30-minute comedy proved so funny, it launched a franchise that included Dorf’s Golf Bible (1988), Dorf Goes Auto Racing (1990), Dorf Goes Fishing (1993) and Dorf on the Diamond (1996).

Born Thomas Daniel Conway on Dec. 15, 1933, in the Cleveland suburb of Willoughby, Ohio, Conway majored in speech and radio at Bowling Green State University. After graduation, he served with the U.S. Army before returning to Cleveland and landing a job at a radio station. His initial duties were answering mail and writing promotional material.

The 5-foot-6 Conway segued into television, taking a gig with local on-air personality Ernie Anderson, first at NBC affiliate KYW and then at CBS affiliate WJW. (Around this time, he changed his first name to avoid confusion with actor Tom Conway, the star of The Falcon movies.)

Anderson hosted a weekday morning program called Ernie’s Place, built around the airing of old movies. Conway was the director, though he admitted he didn’t have a clue what he was doing. He also wrote material for comedy skits that ran during breaks from the film.

“We couldn’t get any guests on the show because it was so bad, so I was also the guest,” Conway said during the Oral History interview. “Rose Marie from The Dick Van Dyke Show happened to be in Cleveland doing promotional work for the show, saw one of those things and said, ‘That’s hysterical. Let me just take something to Steve Allen.'”

Allen liked what he saw and brought Conway to Hollywood to do guest bits on his show. After several appearances, Conway returned to Cleveland and Ernie’s Place. Then a call came to star in McHale’s Navy.

“I said I didn’t want to go,” Conway remembered. “They [the TV station] fired me. So I went out there, did McHale’s Navy and the next thing you know, here I am.”

The sitcom was so popular, Universal Pictures parlayed the concept into two feature films — McHale’s Navy (1964) and McHale’s Navy Joins the Air Force (1965). Conway was the focal point of both.

After McHale’s Navy sailed off into the sunset, Conway took a stab at other TV projects, with little success. Both the 1967 Western sitcom Rango and 1970’s The Tim Conway Show, which reunited him with Flynn, lasted only a handful of episodes.

And then there was Turn On, created by George Schlatter as the new Laugh-In. Conway was the only recognizable name on the 30-minute comedy that debuted in 1969. It was so confusing and disjointed, viewers couldn’t follow it. And they weren’t laughing. Turn On was canceled after one episode, never to be seen again.

And during the ’70s, he returned to the TV spotlight with Burnett. Conway said he liked the fact that the show gave him the freedom to do the kind of comedy that played to his strengths. “Most of the time I would bring my own material,” he said.

Conway also enjoyed that it was Burnett’s show and there was no pressure on him. “I don’t feature myself as being the head man,” he said. “I would much rather stand in the background and make small, funny things than be up at the head of the class.”

Conway said comedy scripts seemed to pour out of him, especially when inspired by frequent co-star Don Knotts, who also appeared in the Apple Dumpling films, The Prize Fighter and The Private Eyes.

Conway made another stab at a sitcom in 1983 with CBS’ Ace Crawford, Private Eye. It was quickly canceled. To get the last laugh, Conway ordered a vanity license plate that read “13 WKS,” making fun of the fact that all his solo television efforts were axed after 13 episodes.

But that doesn’t mean the comedian’s popularity suffered. Conway popped up on the small screen on Newhart, The Golden Palace, Cybill, Married … With Children, The Larry Sanders Show, The Drew Carey Show, Clueless, 7th Heaven, Mad About You, Diagnosis Murder, Yes, Dear, Two and a Half Menand Mike & Molly, among other shows.

He added two Emmy statutes to his trophy shelf for guest appearances on Coach and 30 Rock.

In 1999, Conway found a new generation of fans when he voiced the character of Barnacle Boy for SpongeBob SquarePants.

The comedian supported several charities. Wanting to be a jockey when he was younger and later the owner of race horses, he co-founded the Don MacBeth Memorial Jockey Fund to aid injured and disabled jockeys.

Conway was married twice. In 1961, he wed Mary Anne Dalton. During their 17 years together, they had six children, including L.A. radio personality Tim Conway Jr. In 1984, he married Charlene Conway, and they had one child.

His wife and a daughter from his first marriage, Kelly, sparred in court in March over whether he should be placed under a conservatorship. He also is survived by his sons Patrick, Jamie, Corey and Seann in addition to Tim.

“The love he gave us, and the laughter he gave the world, will never be replaced but will be remembered forever. He is at peace now, but I will miss him every second of every day until we meet again in heaven,” his daughter said in a statement.

“We knew he would have to leave us someday, but that day came too soon. When he used to hear the song ‘Angel Flying Too Close to the Ground,’ he would say, ‘I want that played at my funeral.'” 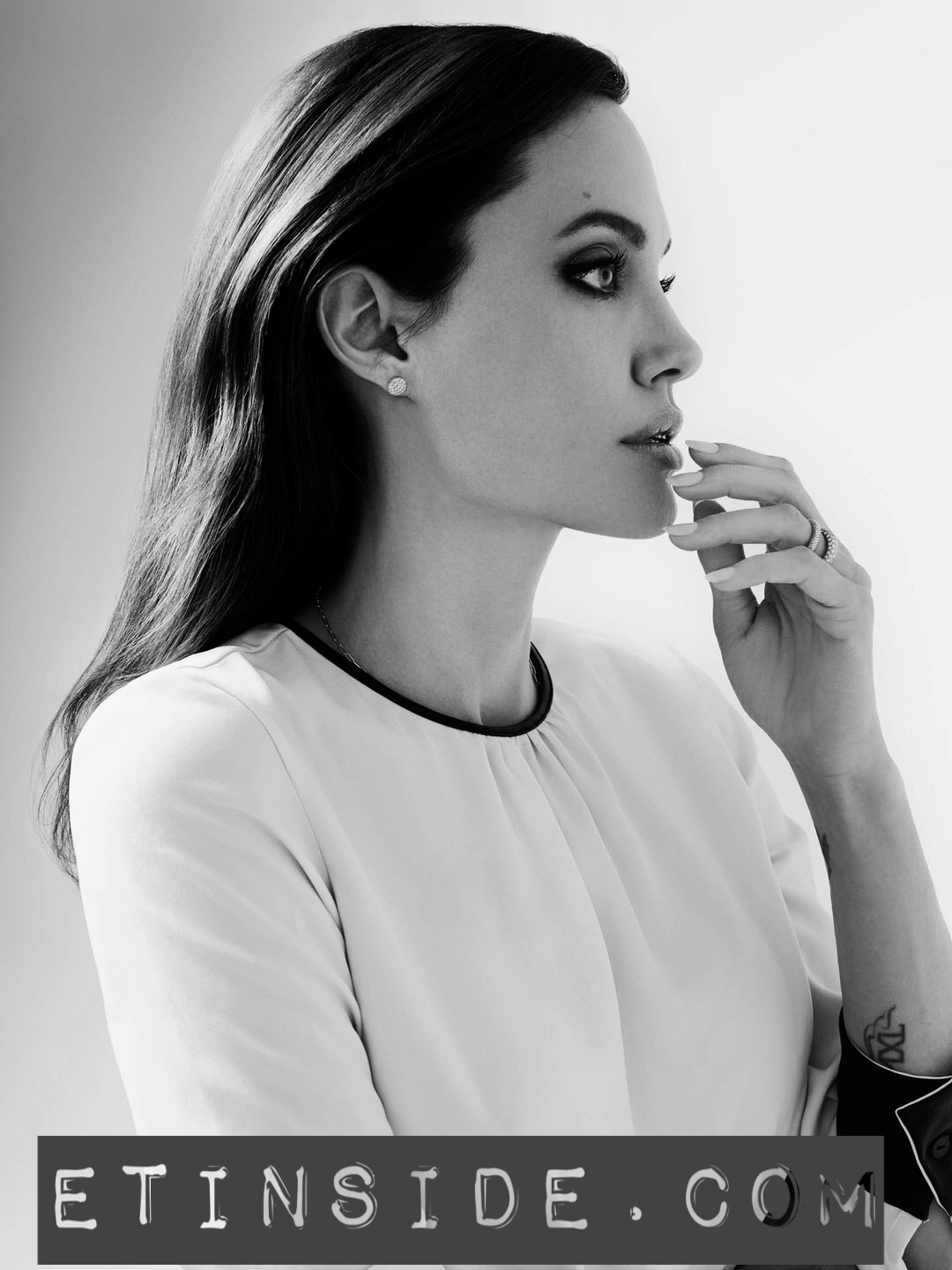 In order to be a legend you have to learn from and study the legends. A legend today is known for their noted celebrity and larger-than-life accomplishments, whose fame is well-known. Andre Harrell, an influential […]

In order to be a legend you have to learn from and study the legends. A legend today is known for their noted celebrity and larger-than-life accomplishments, whose fame is well-known. Nancy Wilson, whose skilled […]