Carol Channing titled her 2002 memoir “Just Lucky I Guess.” But luck was only a minor player in the more-than-six-decade career enjoyed by the singer/actress, who died January 15, 2019 at 97 in Rancho Mirage, California.

Publicist B. Harlan Boll, who confirmed her death to ETInside, said the actress died of natural causes after suffering two strokes last year.

“It is with extreme heartache, that I have to announce the passing of an original industry pioneer, legend and icon: Miss Carol Channing,” he said in a statement. “I admired her before I met her, and have loved her since the day she stepped … or fell rather … into my life. It is so very hard to see the final curtain lower on a woman who has been a daily part of my life for more than a third of it. We supported each other, cried with each other, argued with each other, but always ended up laughing with each other.”

Boll added, “Saying good-bye is one of the hardest things I have ever had to do, but I know that when I feel those uncontrollable urges to laugh at everything and/or nothing at all, it will be because she is with me, tickling my funny bone.” 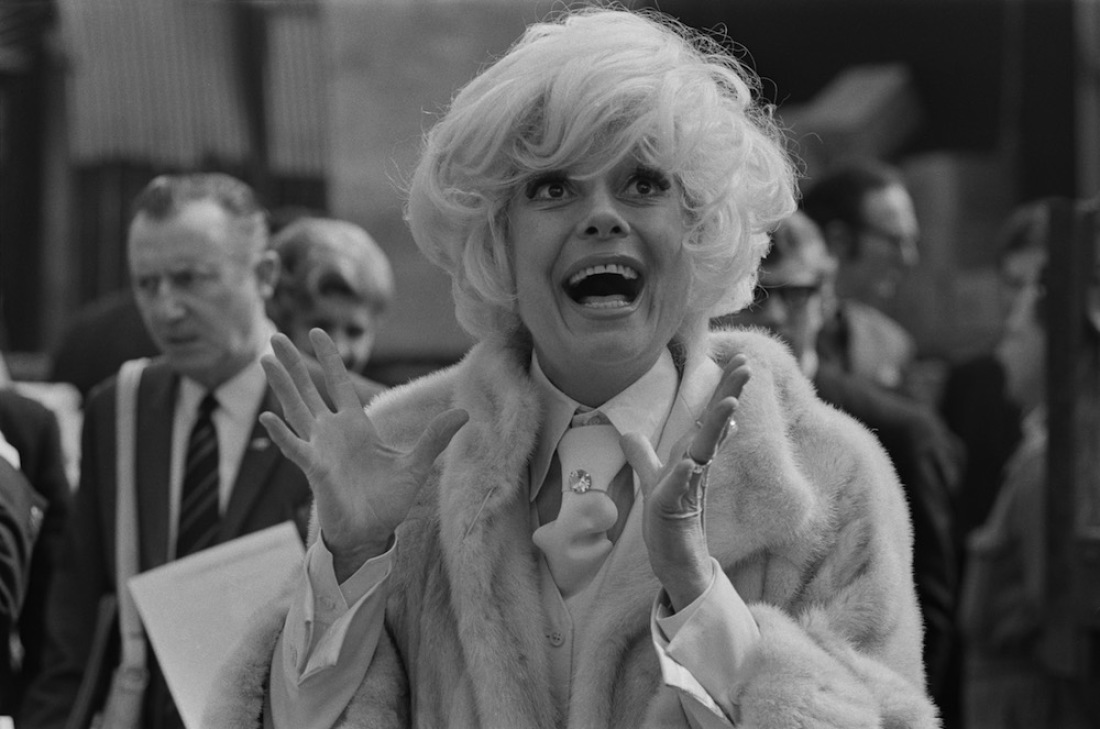 Channing’s quirky charm and irrepressible spirit were the true keys to her success and survival. Her voice was anything but mellifluous, but the contrast between its deep, hoarse tone – which deepened and hoarsened as she aged – and her eternally girlish delivery inspired more affectionate mimicry than mockery. Her star-making performance of “Diamonds Are a Girl’s Best Friend,” in the 1949 Broadway musical “Gentlemen Prefer Blondes,” paved the way for flirty, flamboyant blondes from Marilyn Monroe (who performed the number on screen) to Madonna.

Channing’s persona, too, defied the passing of time. She remained wide-eyed and coquettish, and resolutely cheerful – a trouper in the truest sense, exuding both street savvy and an enduring sense of wonder. Those qualities served her well in her most famous role, that of Dolly Levi in the classic Jerry Herman musical “Hello, Dolly!” Channing originated the role in 1964 and reprised it twice on Broadway and repeatedly on tour.

The original production earned Channing a Tony Award; she beat out a rising star named Barbra Streisand, who would eventually play Dolly in the film version of the musical. Channing also received a special Tony in 1968 and in 1995 was granted the Lifetime Achievement honor for her body of Broadway work, which also included “Lend An Ear,” “Wonderful Town,” “The Vamp” and “Lorelei.”

Channing appeared in live concerts and revues and worked extensively in television. Her dynamic, agreeably daffy presence lent itself naturally to talk shows and the all-but-extinct variety format. In addition to hosting a number of specials, she popped up with all the old icons: Milton Berle, Dinah Shore, Flip Wilson, Johnny Carson, Carol Burnett  and Mike Douglas, in addition to successors such as David Letterman, Rosie O’Donnell and Drew Carey.

A fixture on game shows as well – “Hollywood Squares,” “Password” and “What’s My Line?,” to name a few – Channing lent her distinctive voice to films ranging from the documentary “JFK: The Day the Nation Cried” to “The Addams Family” and Disney’s “Chip n’ Dale Rescue Rangers.” Her film credits include “The First Traveling Saleslady” and “Thoroughly Modern Millie”; the latter nabbed her a Golden Globe Award  and an Oscar nomination.

Channing’s other honors range from the Oscar Hammerstein Award for lifetime achievement in musical theater to Harvard’s Hasty Pudding Award. She remained active in promoting arts education in California, where she lived, and was a staunch advocate of gay rights; her hometown of San Francisco declared Feb. 14, 1988, Carol Channing Day to commemorate her efforts in that area.

In order to be a legend you have to learn from and study the legends. A legend today is known for their noted celebrity and larger-than-life accomplishments, whose fame is well-known. Stan Lee, the cultural […]

In order to be a legend you have to learn from and study the legends. A legend today is known for their noted celebrity and larger-than-life accomplishments, whose fame is well-known. John McCain a former Vietnam […]

In order to be a legend you have to learn from and study the legends. A legend today is known for their noted celebrity and larger-than-life accomplishments, whose fame is well-known. John Witherspoon, an actor-comedian […]