In the latest bit of legal wrangling over President Donald Trump’s tax returns, a federal court ruled on Monday that Trump cannot prevent his accounting firm, Mazars USA, from turning over eight years’ worth of his tax returns to Manhattan district attorney Cyrus Vance, Jr. In doing so, a three-judge panel of the Second Circuit Court of Appeals rejected Trump’s assertions that he enjoys “broad presidential immunity from state criminal process” while he is in office—and hints at the criminal liability he could face the moment he leaves it.

Monday’s order relates to Vance’s ongoing criminal probes of, among other things, the Trump Organization’s involvement in hush money payments made to Stormy Daniels and Karen McDougal, two women with whom Trump allegedly had extramarital affairs, in order to keep their stories out of the headlines during the 2016 presidential election. As part of that investigation, Vance issued a subpoena for financial records to the Trump Organization earlier this year. Trump has fought to keep confidential throughout his presidency, despite repeated campaign promises to make them public. So when the president’s lawyers unsurprisingly declined to include the president’s tax returns, Vance issued a subpoena to the president’s accounting firm instead.

In September, Trump sued Vance to prevent enforcement of the Mazars subpoena, arguing to a federal District Court judge that sitting presidents are immune from any and all criminal investigations, including those conducted by state authorities. This would be a significant expansion of the existing Department of Justice policy against charging presidents with federal crimes, and U.S. District Court Judge Victor Marrero flatly rejected it. Such a “categorical and limitless assertion of presidential immunity from judicial process,” he wrote, is an “overreach of executive power” and “repugnant to the nation’s governmental structure and constitutional values.”

In this appeal to the Second Circuit, the president’s lawyers did not retreat from the extraordinary notion of what they called “temporary absolute presidential immunity.” At oral argument, Trump attorney William Consovoy even extended it to his client’s infamous campaign-trail hypothetical about how his supporters were so loyal that he could “stand in the middle of Fifth Avenue and shoot somebody” without losing any votes. In that situation, Consovoy argued to an audibly-incredulous Judge Denny Chin, he could perhaps be charged with murder, but not until after his White House tenure had concluded.

Here is Trump’s lawyer, William Consovoy, telling Judge Denny Chin that if Trump were to shoot someone on fifth avenue, he could not be criminally investigated while in office. 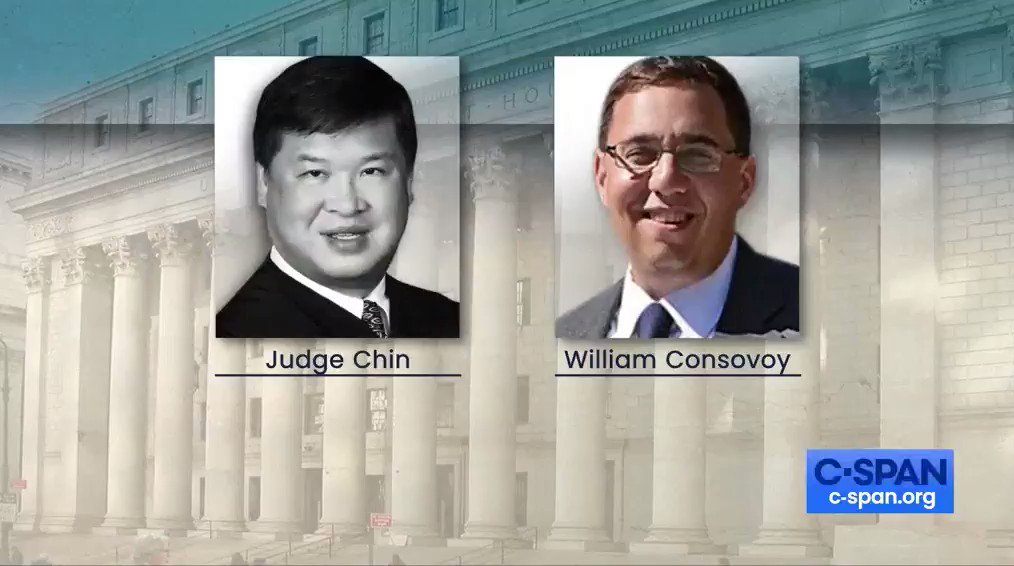 Like Judge Marrero, Judge Chin and his colleagues on the Second Circuit were having none of this line of reasoning. In a 34-page order, authored by Chief Judge Robert Katzmann, they acknowledge that courts, mindful of a president’s unique responsibilities in the constitutional order, should not blindly treat a president like they would anyone else—for example, by ordering their attendance at trials, or compelling them to provide live, in-court testimony. But, the order continues, this subpoena is directed at a third party, not at Trump; in context, the court notes, “compliance does not require the President to do anything at all.” This is Trump’s second loss on the subject in less than a month, after a three-judge panel for the Court of Appeals for the D.C. Circuit decided in mid-October that the House of Representatives, too, can enforce a subpoena against Mazars as part of its congressional oversight responsibilities.

In a pointed footnote, the Second Circuit panel observes that based on recent precedent, requiring Mazars to hand over the specific documents at issue—Trump’s personal financial records—would “not implicate, in any way, the performance of his official duties.”

The order’s most interesting passage, though, relates not to Trump’s elusive tax returns, but more generally to the potential liability looming in his post-presidential future. Vance’s office is hardly the only one looking at the president’s alleged misconduct right now. The office of New York attorney general Barbara Underwood examined claims that the president used his since-dissolved charitable organization, the Trump Foundation, to enrich itself and his campaign in what she called a “shocking pattern of illegality.” The attorneys general in New Jersey and Washington, D.C. are investigating the Trump inauguration committee’s fundraising practices, and whether its members used the money to enrich themselves while planning his swearing-in ceremony. This past spring, shortly after former Trump attorney Michael Cohen publicly testified that Trump sometimes inflated his assets to insurance companies, regulators in New York issued a subpoena to the family business’s preferred insurance broker.

The Second Circuit’s order today lends further legitimacy to all these efforts. Even if a sitting president can’t be indicted—a disputed proposition the court notes it is not deciding here—that principle doesn’t mean state and local officials are barred from investigating anyone or anything tangentially related to Trump in the meantime. In theory, Vance and anyone else examining the president’s alleged crimes could prosecute him using the information they collect as soon as his term is over. In other words, the day after he leaves the White House could prove to be a very eventful one for the outgoing commander-in-chief.

Trump lawyer Jay Sekulow has already promised to appeal the ruling to the Supreme Court, and to ask the justices to hear the case before their term ends next summer. In exchange for Trump’s commitment to seek this fast-track treatment, Vance’s office has agreed not to attempt to enforce the Mazars subpoena until the Supreme Court either declines to hear the case—given the stakes and the court’s conservative bent, an unlikely outcome—or issues an opinion resolving it once and for all. In other words, Vance isn’t getting everything he wants from Mazars on a thumb drive tomorrow.

Nevertheless, the panel’s order reiterates that the responsibility to enforce the law is not automatically suspended just because a potential person of interest manages to take a four-year refuge in the West Wing. Unless and until the Supreme Court says otherwise, attorneys general and prosecutors in New York and New Jersey and D.C. and anywhere else can keep quietly building cases against Trump, waiting for a time when his status as President of the United States is no longer an impediment to holding him accountable.

Weeks after widespread protests and relaxed coronavirus restrictions in many states, the United States saw a near-record one-day spike in new coronavirus cases. The Centers for Disease Control reported 34,313 new infections across the country on Wednesday. […]

How to talk to your kids about George Floyd, protests and racism. With coronavirus school closures, it’s hard to do

Jason Lukehart spent most of last weekend glued to scenes of protests from around the country following the death of George Floyd at the hands of Minneapolis police. Sunday night, Lukehart, a fourth-grade teacher in Oak Park, Illinois, tapped out a […]